'It's time for him to go': MSNBC's Morning Joe called on GOP senators to force Trump off the ticket 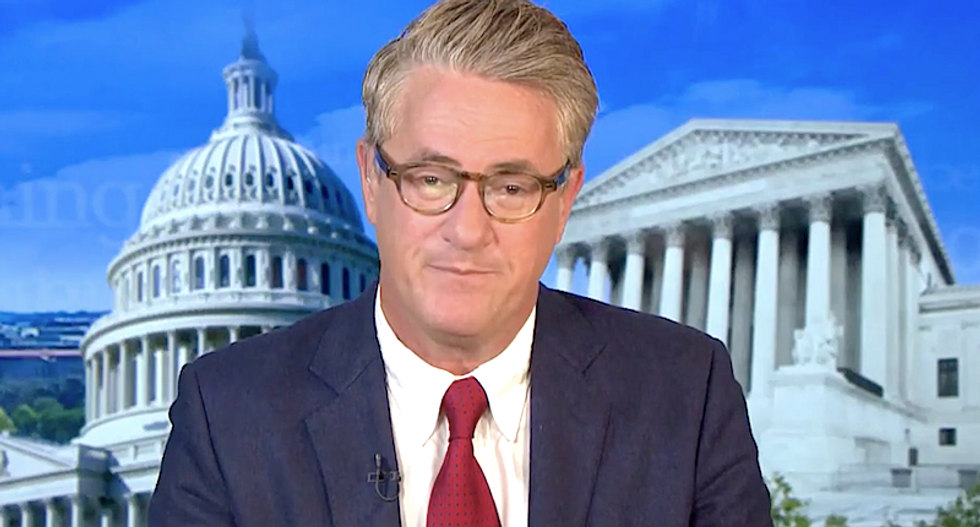 MSNBC's Joe Scarborough called on the Republican Party to force President Donald Trump off the ticket or face political ruin.

Trump suggested delaying the election as his approval ratings continue to plunge, and he's acting as an anchor around GOP lawmakers across the country -- and the "Morning Joe" host urged them to pull the plug on this presidency.

"This guy is leading you to ruin," Scarborough said.

"[Sen.] Barry Goldwater in 1974 got off his ass, went to the other side of Pennsylvania Avenue, and told Richard Nixon it was time to go," he added. "Do you have the courage to do that? The last four years suggest that you don't, but I will just say, at the end of July, 2020, the same thing I warned you about in February of 2016, before Super Tuesday, that Donald Trump will lead to the end of the party of Abraham Lincoln. Maybe not this week, maybe not this month, maybe not even this election, but it's coming, and your window is closing."

Trump's continued failures on the coronavirus pandemic will doom his re-election chances, and likely cost Republicans their Senate majority -- possibly for the foreseeable future, Scarborough said.

"Maybe you didn't care about a pandemic sweeping across America, but you care about your own political career, your own political party," Scarborough said. "Understand the window is closing. The time is drawing near when you go past the point of no return. Are you going to walk down to the White House? Are you going to get in your car, go to the White House, and tell Donald Trump that it's time for him to go? It's your choice."

"If you don't, let me tell you what's going to happen," he continued. "You're going to lose the election, lose the Senate, lose the House and you're going to have to complain about Democrats running this country the rest of your life. But it's your call."