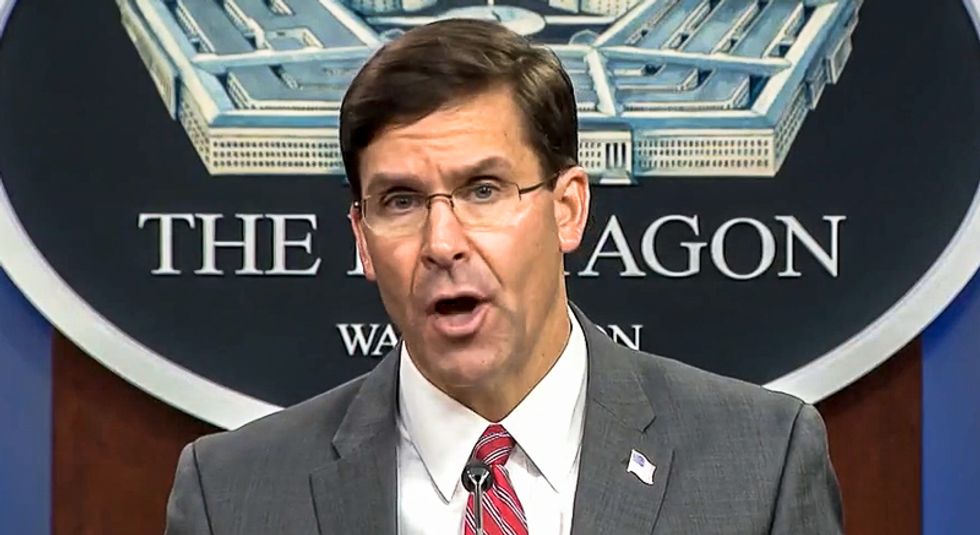 On Thursday, Politico reported that the Department of Defense is editing training materials to remove references to protesters and reporters as "adversaries" in a fictional scenario.

"The training material has been in use since 2010 and was last updated in 2015, but it was shared with a wider audience following Esper's new guidance aimed at clamping down on leaks released this month, chief Pentagon spokesperson Jonathan Hoffman told reporters on Thursday," reported Lara Seligman. "Hoffman defended the use of the term 'adversaries' to describe anti-government protesters and journalists in a fictional scenario presented in the training materials, noting that 'adversaries' is a common term for 'a person or group that opposes one's goal.' However, he acknowledged that 'it clearly has different implications when used by the military.'"

Defense Secretary Mark Esper is ordering that the material instead refer to hypothetical protesters and journalists trying to seek information from the military as "unauthorized recipients."