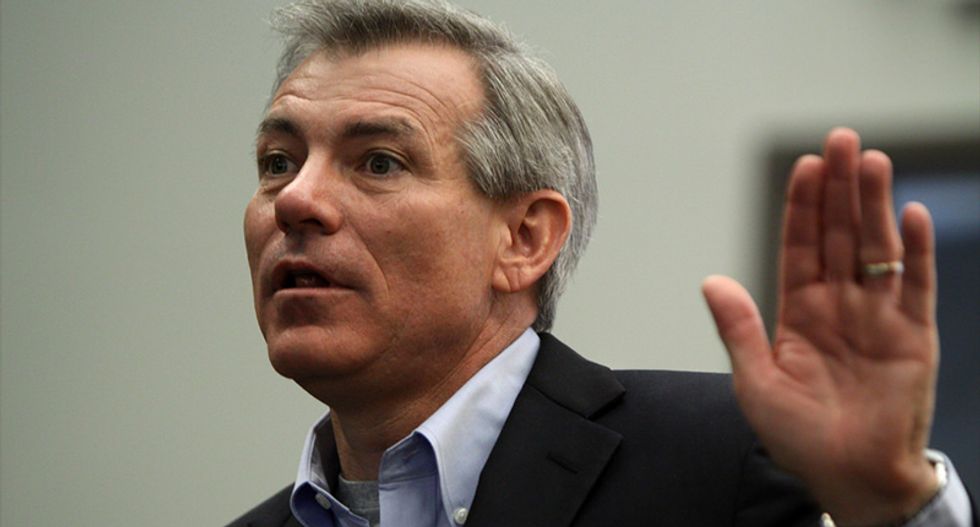 Rep. David Schweikert (R-AZ) was formally reprimanded by the House Ethics Committee Thursday and ordered to pay a $50,000 fine for a slate of violations.

According to Politico, there were so many ethics violations that the bipartisan committee even thought about censure, a formal declaration of public humiliation carried out on the House floor.

"Representative Schweikert did not act in a manner that reflected creditably on the House," a report from the committee said, outlining his extensive misconduct.

“We are pleased the Committee has issued their report and we can move forward from this chapter,” said Schweikert's spokesperson. “As noted in the review, all issues have been resolved and Congressman Schweikert will continue working hard for Arizona’s 6th District.”

The 13-page report details multiple payments to a consulting firm that his longtime chief of staff was operating. It included over $270,000 in payments that only had one employee: Schweikert's chief of staff. The aide then gave more than $50,000 back to the campaign.

In 2018, Schweikert called the investigation ridiculous, saying that the $270,000 was really about reimbursements for coffee.

"We buy coffee, it's on [Schwab's] credit card and we reimburse him. And when they did the reimbursements, they marked it as income instead of reimbursements. So now we have to unwind all of those," the Arizona Republican said.

"Efforts like the ones Representative Schweikert undertook to delay and impede the ISC’s investigation were not only highly detrimental to the Committee’s work and reputation of the House, they were themselves sanctionable misconduct," the report says.

While Trump carried his district by 10 points in 2016, that doesn't mean that the race could be a walk. The top Democrat in the race so far is Hiral Tipirneni, who has $1.6 million in the bank to Schweikert's less than $240,000.