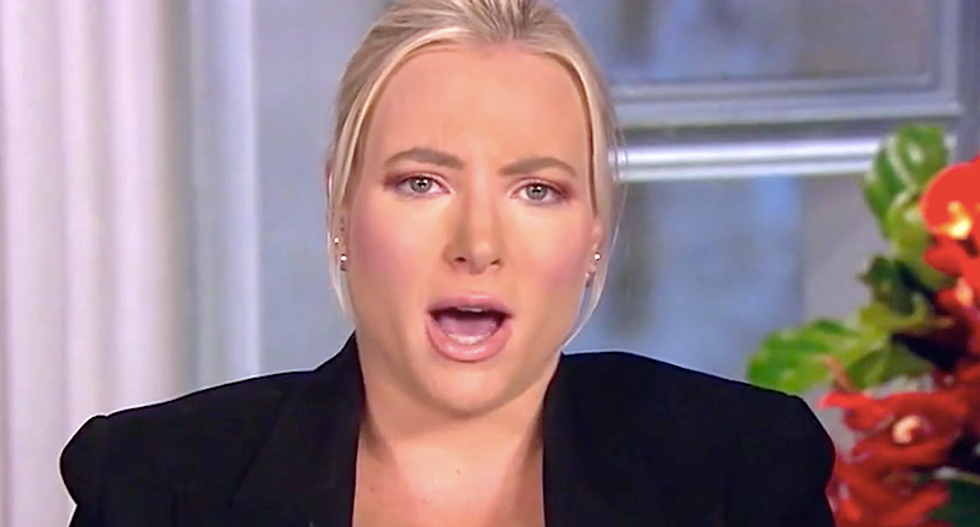 Meghan McCain was absent from Susan Rice's appearance on "The View," a day after blasting her tenure as President Barack Obama's national security adviser.

The conservative McCain cautioned Joe Biden from selecting Rice as his running mate, as he has reportedly considered, and said Republicans would not vote for a ticket with so many ties to the Obama administration.

"The interesting part about Susan Rice is it will raise all these questions about her foreign policy experience on Syria, Benghazi, and Libya," McCain said Tuesday. "As far as I'm concerned, as a Republican, her foreign policy record is an absolute horror show."

McCain was off Wednesday, but co-host Joy Behar asked her to address Republican concerns about the Benghazi attack in 2012 that left four Americans dead.

"What happened in Benghazi was a tragedy," Rice said. "Four brave Americans, including our ambassador, were killed in a terrorist attack. Eight committees over the next four years investigated every aspect of Benghazi, and not one of them found that I had done anything wrong. Not one of them found that I had deliberately misled the American people, but I don't doubt that the Republicans will use this, and they'll attack whoever is Joe Biden's choice to be his vice president, but let's be honest about what this is. This is dishonest, and it's a distraction."

She pointed out that American service members have been killed in terrorist attacks under President Donald Trump, but GOP lawmakers didn't show the same concern -- so she brushed off conservative attacks as scurrilous distractions from their own failures.

"Whether they're attacking me or somebody else is the horrific reality that under Donald Trump's watch, 150,000 Americans have died from coronavirus," Rice said. "30 million almost are out of work, and our kids can't safely go back to school. That is the horror that we face now."

Some viewers wondered why McCain, who has clashed with Rice in the past, had taken the day off and was tweeting after bashing Rice's record, and after clashing with host Whoopi Goldberg over a point of fact.

@TheView @MeghanMcCain is conveniently off today. The day they are hosting @AmbassadorRice who Meghan said, just th… https://t.co/I7MOqoBwhN
— Rebecca (@Rebecca) 1596037477.0