BUSTED: Jeffrey Epstein was a member of Mar-a-Lago — but Trump kicked him out for pursuing a member's daughter 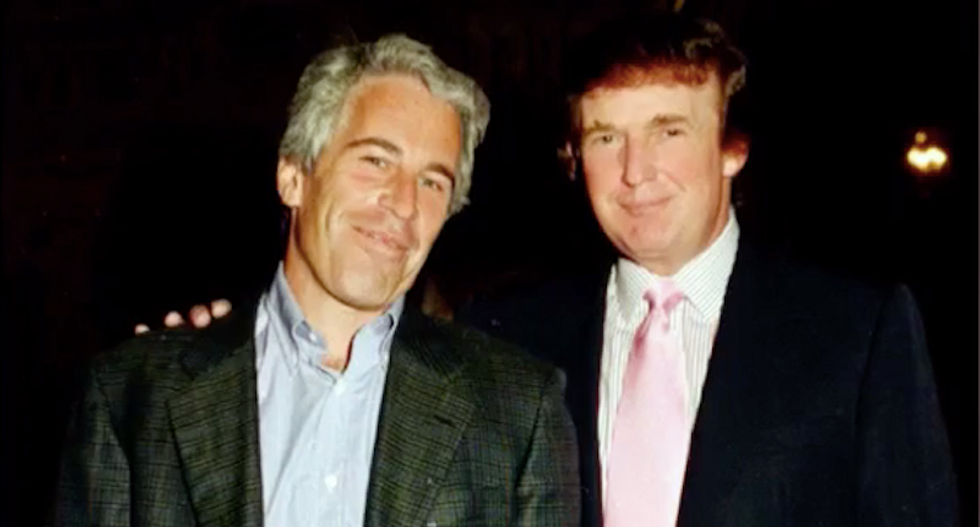 President Donald Trump has tried to downplay his relationship with Jeffrey Epstein, the late billionaire wealth manager accused of a giant child sex-trafficking operation, saying "I'm not a fan of his," and that he was never a member of Trump's elite Mar-a-Lago country club in South Florida.

But according to the Miami Herald, an upcoming book, "The Grifter's Club," reveals that Epstein was in fact a member of Mar-a-Lago — and that he was kicked out.

"Another club member explained that Trump 'kicked Epstein out after Epstein harassed the daughter of a member. The way this person described it, such an act could irreparably harm the Trump brand, leaving Donald no choice but to remove Epstein,' said Sarah Blaskey, a Miami Herald investigative reporter who co-wrote the book with Miami Herald journalists Nicholas Nehamas and Jay Weaver and Caitlin Ostroff of The Wall Street Journal," wrote Kevin Hall. "A footnote in the book says the authors were shown the club’s registry from more than a decade earlier and that Epstein in fact had been a member until October 2007."

"The reason for the falling out further calls into question why Trump, when asked at the White House podium recently about last month’s sex-trafficking arrest of Epstein’s alleged madam, Ghislaine Maxwell, said 'I wish her well,'" continued the report. "Up until the falling out in 2007, Maxwell and Epstein appeared in numerous photos with Trump and his now-wife Melania."

Epstein, who was given a suspicious plea deal in 2007, eventually was arrested in 2019 for the full scope of his crimes. He was found dead of an apparent suicide in his cell shortly after.