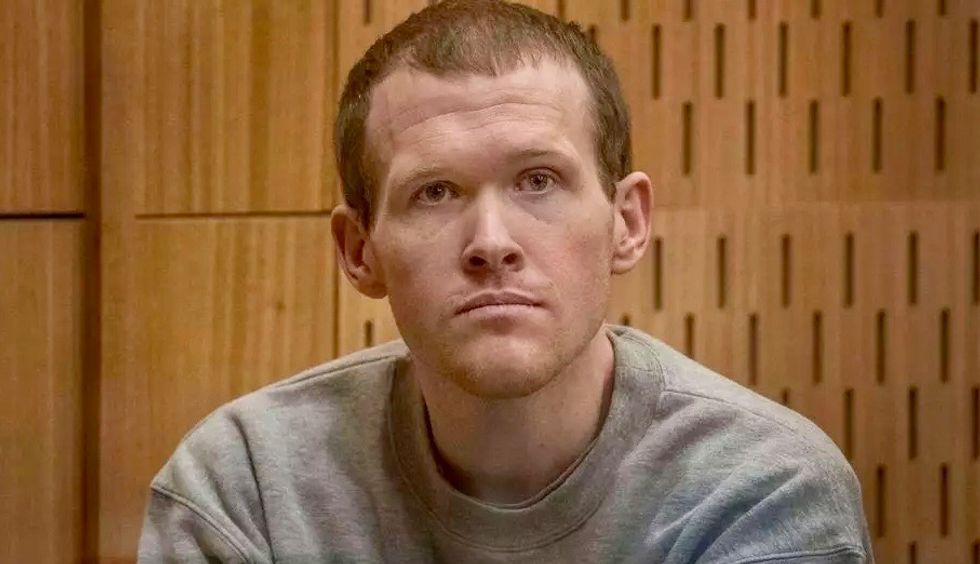 A woman whose husband was shot dead by the white supremacist who murdered 51 Muslims in last year's New Zealand mosque massacre pleaded with a Christchurch court Tuesday for the gunman's punishment "to continue forever".

Ambreen Naeem said her husband died a hero while trying to tackle Brenton Tarrant inside a city mosque, branding the gunman "the biggest loser" during day two of the convicted terrorist's sentencing.

Her testimony comes amid an outpouring of emotion among New Zealand's Muslim community as Tarrant comes face-to-face with victims.

Tarrant, an Australian, has admitted 51 charges of murder, 40 of attempted murder and one of terrorism over the attacks at two Christchurch mosques on March 15, 2019.

The 29-year-old -- who is expected to be the first person jailed for life without parole in New Zealand -- maintained his impassive demeanour as grief-stricken witnesses told how his actions tore their lives apart.

Tarrant occasionally stroked his chin as speakers referred to him as "a devil" and a "hateful lowlife" who had destroyed lives but made the New Zealand Muslim community stronger.

Ambreen Naeem lost both her husband Naeem Rashid and son Talha in the rampage.

Naeem Rashid was hailed as a hero and prosecutor Barnaby Hawes said he "allowed a number of other worshippers to escape" when he charged at Tarrant in Christchurch's central Al Noor mosque and partially knocked him down.

"Since my husband and son passed away, I've never had a proper, normal sleep. I don't think I ever will," Ambreen Naeem said.

"It is an irreparable damage to me, that is why his punishment should continue forever.

"Every time I think of him, I think of the biggest loser. For myself and my family, I feel victorious.

"Me and my sons will, inshallah, be even better and be even more responsible citizens and contribute the best to this society, unlike him, sitting in a chamber with evil plans."

There was no reaction from Tarrant when Noraini Milne, whose son Sayyad was killed, pointed at him and said: "You are already dead to me. Whatever punishment you are going to receive in this world will never be enough."

Mohammad Siddiqui was shot in the arm when "the devil" arrived at Al Noor mosque.

"Yes, I call him a devil because you entered the house of God with evil intentions to kill innocent people. You've killed the dreams of my friends and family with ... your gutless action."

Tarrant, a former gym instructor in Australia, has said he wanted to instil fear into those he described as "invaders" including New Zealand's Muslim population.

But Raesha Ismail, who lost her brother Junaid in the attack, said it had only strengthened her beliefs and she was now "more open with practising my faith in the workplace".

Angela Armstrong, whose mother Linda died at the Linwood mosque, reminded Tarrant that, like her, he would never be able to hug his mother again.

"While I have pity for your mum, I have no emotion for you. You are nothing," she said.

"To this day, I have not received an apology nor have I seen any shred of remorse for his despicable actions," he said.

More than 60 people are to give victim impact statements before Tarrant is allowed to address the court.

Judge Cameron Mander expects to deliver his sentence on Thursday.