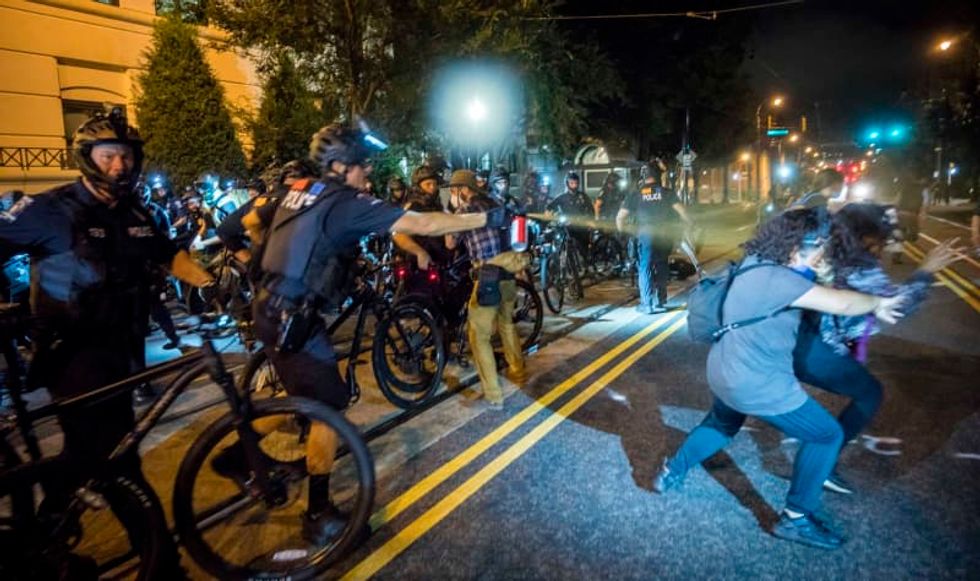 CHARLOTTE, N.C. — Hours after President Donald Trump was nominated for a second term inside the Charlotte Convention Center on Aug. 24, dozens of people gathered in an uptown park to protest.Insults and shouts filled the air, along with a bright orange aerosol that left people coughing and their eyes stinging as they spit into the grass at Marshall Park.The use of pepper spray by police against protesters that afternoon was the first of several times law enforcement officers used the irritant for crowd control that day and later said some protesters had turned violent.But activists who took pa...