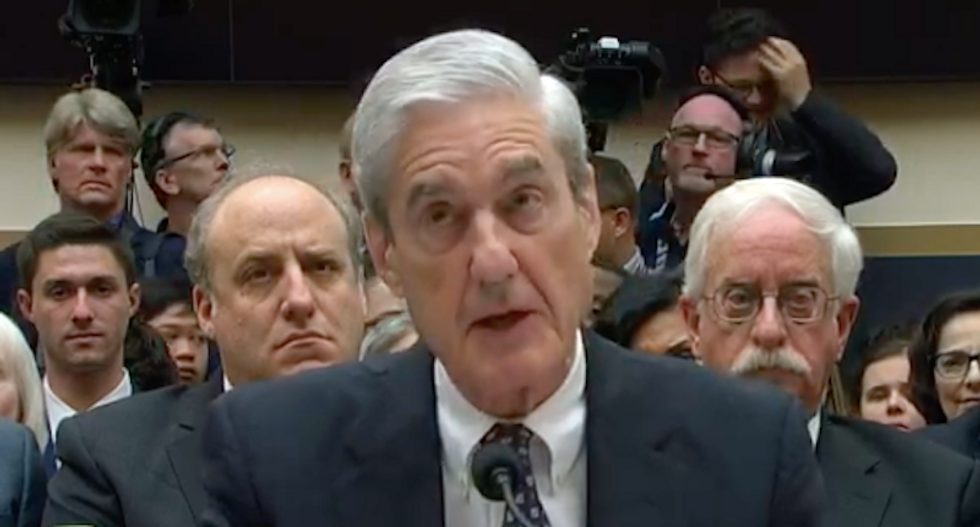 Andrew Weismann, one of the top deputies to former special counsel Robert Mueller, now says he believes the special counsel's office could have done much more to investigate wrongdoing by President Donald Trump.

In an excerpt of Weismann's upcoming book obtained by The Atlantic, Weismann admits that the special counsel's investigation didn't go as far as it should have to uncover wrongdoing.

"Had we given it our all -- had we used all available tools to uncover the truth, undeterred by the onslaught of the president’s unique powers to undermine our efforts?" he writes. "I know the hard answer to that simple question: We could have done more."

Weismann also says that parts of the final Mueller report were "mealymouthed" and should have directly stated that the president obstructed justice with his attempts to fire Mueller and to get former White House counsel Don McGahn to falsely deny that he had ever been ordered to get the special counsel fired.

In fact, Weismann says that the bipartisan Senate Intelligence Committee's report on the Trump campaign's contacts with Russian agents in 2016 did a better job of describing the president and his allies' actions.

Weismann's book -- titled "Where Law Ends: Inside the Mueller Investigation" -- is due to be released on September 29th.

President Donald Trump has attracted a number of conspiracy theorists and people dedicated to the belief that an operative known only as "Q" was delivering messages from inside his administration. Over the past several months, however, those Q followers have turned against several Trump allies. Now his former chief of staff is coming out against the QAnon group.

In his new book, Meadows implies that the supporters are essentially nothing more than kooks

Marjorie Taylor Greene: Jan. 6 defendants are being mocked in jail 'because of the color of their skin'

Rep. Marjorie Taylor Greene (R-GA) on Tuesday suggested that people who allegedly rioted on January 6 are facing discrimination "because the color of their skin."

Greene made the remarks during a press conference that unveiled a Republican-back report on the January 6 defendants who are currently housed at the D.C. Jail. The event also featured Reps. Louie Gohmert (R-TX), Matt Gaetz (R-FL) and Paul Gosar (R-AZ).

A Tennessee man was charged with assault after he punched a parking garage worker who refused to show identification in a recorded confrontation that went viral.

Edward Brennan and his mother, identified as "Bitsy," spotted Johnny Martinez checking cars for parking permits in a Nashville garage and began watching him, and the worker said he tried to avoid the pair until they confronted him.