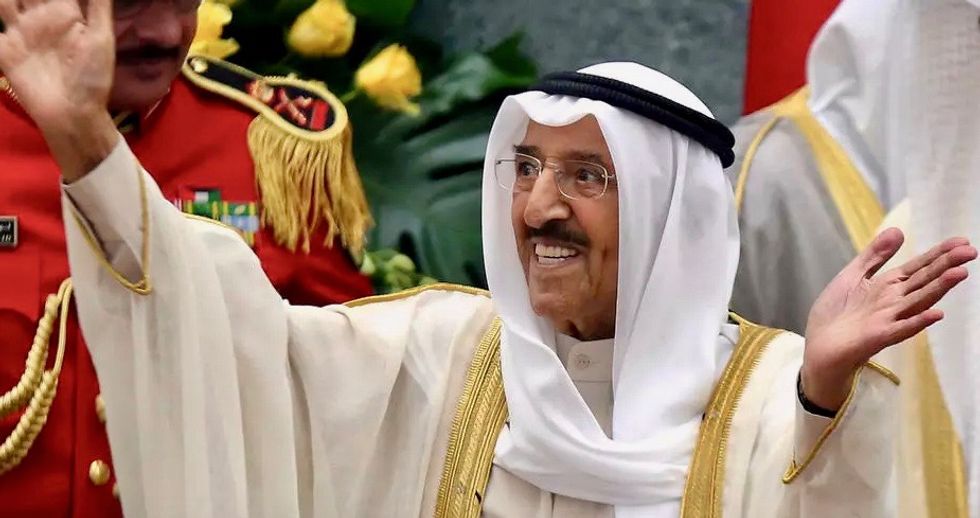 Kuwait's emir Sheikh Sabah al-Ahmad Al-Sabah, regarded as the architect of the nation's modern foreign policy, died on Tuesday at the age of 91, according to the royal court.

"With great sadness and sorrow, we mourn... the death of Sheikh Sabah al-Ahmad al-Jaber Al-Sabah, Emir of the State of Kuwait," said Sheikh Ali Jarrah Al-Sabah, the minister in charge of royal affairs, in a televised statement.

State television had cut its regular programming and switched to a broadcast of Koranic recital before the announcement.

The emir had been receiving hospital treatment in the United States since July after undergoing surgery in Kuwait City.

No details have been disclosed on the nature of the emir's illness or treatment, and the palace did not say where he died.

The emir, who has ruled the oil-rich Gulf state since 2006, had his appendix removed in 2002, two years after having a pacemaker fitted. In 2007, he underwent urinary tract surgery in the US.

Under Kuwaiti law, when the emir is absent, Crown Prince Sheikh Nawaf al-Ahmad Al-Sabah, 83, the emir's half-brother, is acting ruler.

Sheikh Nawaf, an elder statesman who has held high office for decades including the defence and interior ministries, is now expected to be appointed the new ruler.