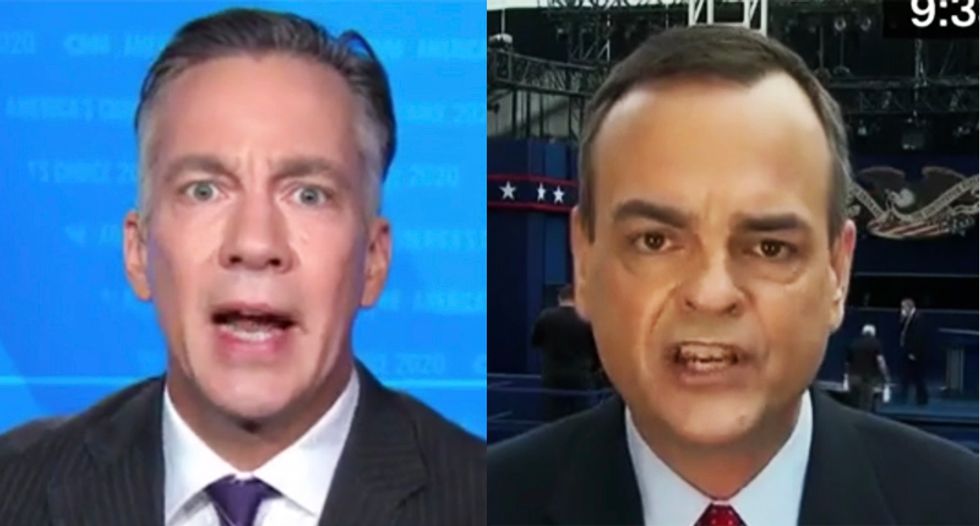 A CNN interview with Trump campaign communications director Tim Murtaugh quickly turned into a shouting match after host Jim Sciutto peppered him with questions about the president's federal tax avoidance that was comprehensively covered in a New York Times report.

Ostensibly brought on to discuss Tuesday night's debate between Trump and Democratic challenger Joe Biden, Sciutto attempted to get answers from Murtaugh to questions his colleague Poppy Harlow couldn't get a Trump White House spokesperson to answer on Monday in an equally contentious interview.

From that point, the interview went downhill with Murtaugh insulting CNN and Sciutto before sneering that the CNN anchor who served in the US embassy in Beijing during the Obama administration was still "working for your old boss."

Murtaugh then proceeded to deflect a series of very specific questions about the president’s tax problems and whether the president had ever made a profit as a businessman. Murtaugh continually talked over Sciutto, leading the CNN host to admonish him for not answering any questions.

At one point, unwilling to address the tax questions, the clearly rattled Murtaugh asked the CNN host, "Jim, are you aware there's debate tonight? Can we talk about that maybe?"

"I'm aware," Sciutto shot back, "Can you answer this question? Does the president --"

"Are you standing in for Joe Biden?" the Trump spokesperson accused.

"No, I'm asking you questions -- the communications director for --," Sciutto attempted, only to have Murtaugh snap, "I'm standing in a debate hall. See the debate hall, there's a big event here tonight, are you aware of that?"