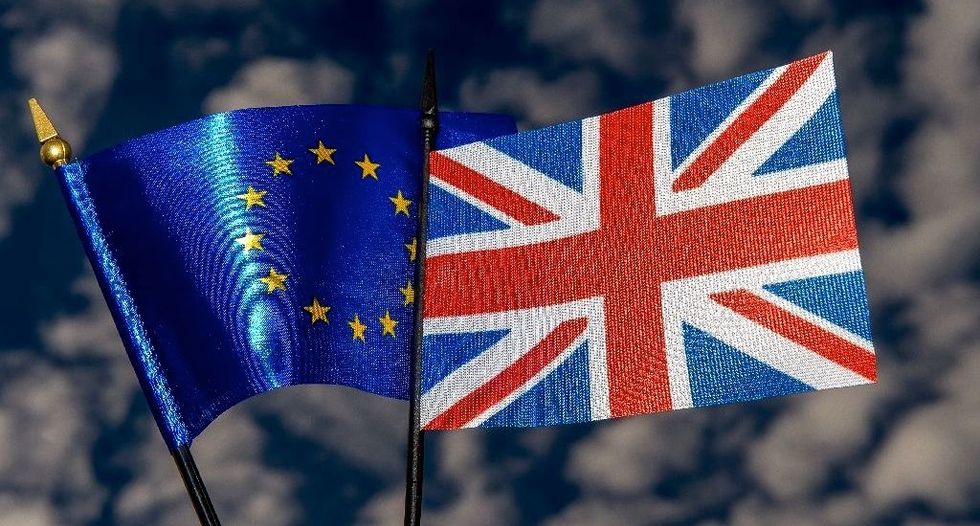 Britain stood by its provocative bid to change the terms of its EU divorce deal on Monday, as a make-or-break week of post-Brexit trade talks began under a storm cloud.

The British government unveiled an "Internal Markets Bill" last month which is winding its way through parliament and would override parts of the Brexit treaty that British Prime Minister Boris Johnson struck with the European Union last year.

The proposed law has infuriated the Europeans -- who have demanded that it be withdrawn or amended before a deadline of Wednesday this week.

But after meeting with EU Commission vice-president Maros Sefcovic in Brussels earlier, senior British minister Michael Gove insisted it would not be changed.

"Those clauses are there. They're in legislation supported by the House of Commons as a safety net if need be and those clauses will remain in that bill," Gove told reporters after the talks.

Both Britain and the 27-member bloc have seen their economies "severely hit by the pandemic, and we should do everything possible to find an agreement that is manageable, so that we do not increase the negative impact on our economies," she added.

Johnson argues the "Internal Markets Bill" will provide a "safety net" against what he claimed are EU threats to impose tariffs on UK internal trade and even stop food going from mainland Britain to Northern Ireland -- although his government has admitted that in overwriting a treaty it breaks international law.

For the EU, Sefkovic said that Brussels would not be the first to walk away from trade talks, but he stood by the EU threat that it would use the legal mechanisms within the exit treaty against Britain.

"We maintain that the bill if adopted in its current form would constitute an extremely serious violation of the (withdrawal bill) and of international law," Sefcovic said after the talks with Gove.

"We are considering all legal options available to us," he said.

But Sefcovic accepted that the parallel legal battle would not torpedo the ongoing trade talks. "It would never be the EU which would cause the end of the negotiation on the future partnership," he said.

The last scheduled round of trade talks begins on Tuesday as scores of officials meet in Brussels in talks presided by Europe's Michel Barnier and his counterpart David Frost.

"This is the final formal round of negotiations but we expect discussion to continue in the run up to the European council, which is taking place on 15 to 16 October," a Downing Street spokesman said.

"Significant gaps remain as the EU still needs to adopt more realistic policy positions, but we are ready to work as hard as necessary to move things forward this week."

Both London and Brussels say a deal on a free trade agreement must be struck by mid-October to allow time for it to be ratified before coming into force from January 1 next year.

Failure to do so would see trade conducted on World Trade Organization rules, with higher tariffs and quotas and almost certain economic chaos for Britain and Europe.

Barnier and Frost met last week to prepare the round of talks, in meetings that London characterised as "constructive".

But European diplomats remained cautious that a breakthrough was possible, seeing this round as a preliminary step before a final push later in October.

This week "a path to a deal should be identified," an EU source said. "If we have zero movement, the process will be in big trouble."

The two sides are still divided on rules for a "level-playing field" of fair competition between companies, on state aid or subsidies for EU and UK firms and on access for EU boats to British fishing waters.

Diplomats are hoping for significant progress in time for a summit of EU leaders in mid-October, though expectations are that the wrangling could slip into November.