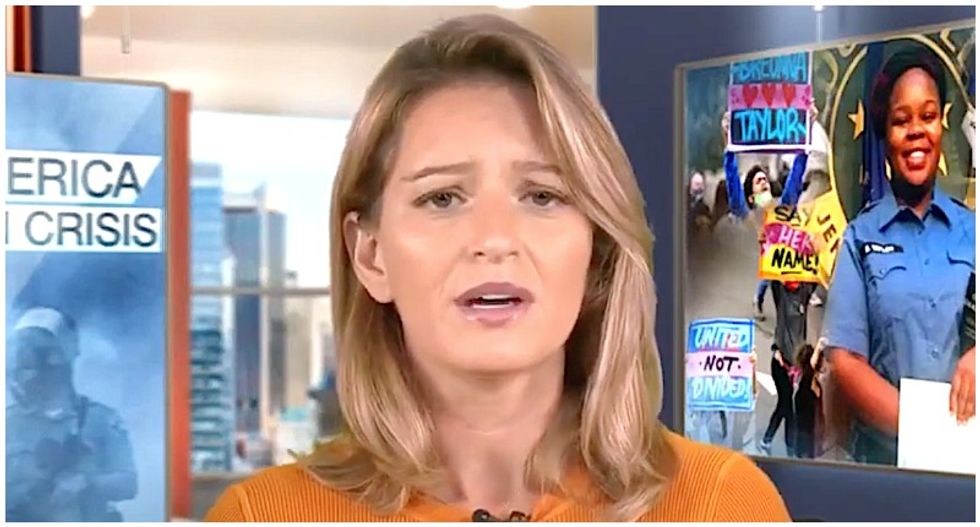 On MSNBC this Wednesday, host Katy Tur played back video from earlier in the day where President Trump seemingly walked back his comments from the previous night's debate where he said the far-right nationalist group Proud Boys should "stand back" but "stand by."

Speaking to reporters on Wednesday, Trump said that the group should stand back and allow law enforcement to do their work, while claiming that he doesn't even know who the Proud Boys are.

According to Tur, Trump still can't say the words "I condemn white supremacy." She also wasn't buying his claim of ignorance regarding the Proud Boys, since they've been repeatedly covered in the media.

"I think he probably does know who they are, and if he doesn't, maybe one of his aides might want to whisper it in his ear," she said.

Speaking on The Victory Channel this Wednesday, right-wing pastor and self-proclaimed "historian" David Barton praised legislation recently passed by Hungary's National Assembly, which bans portrayals of LGBT people to those under 18-years-old.

According to Barton, an influential figure in the evangelical movement, Hungary is a former Soviet bloc nation "that we would describe as very young Christian nations."

DeSantis narrowly edged out Trump, 75-72, in a 2024 straw poll conducted over the weekend at the Western Conservative Summit, but Meadows insisted to Yahoo News that the governor wouldn't challenge his former boss.