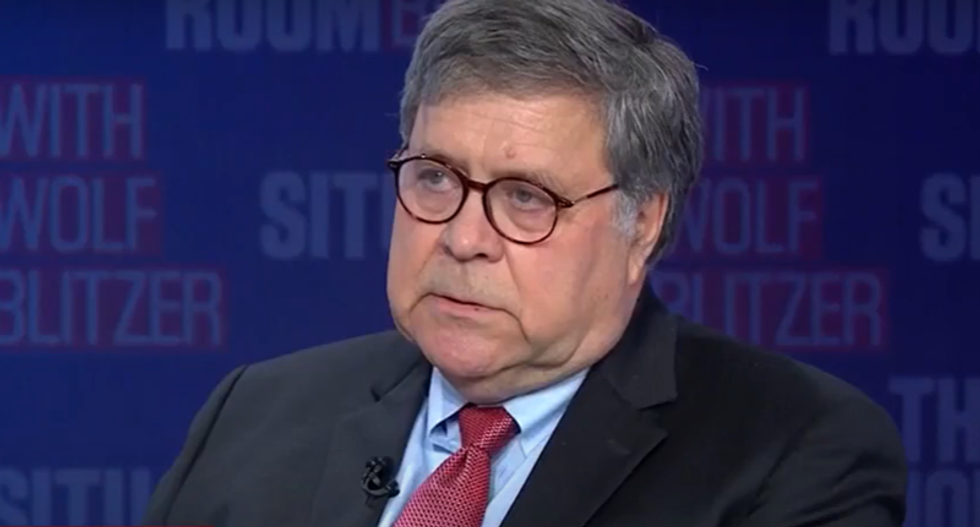 On Thursday, 1,600 former officials from the Department of Justice signed a scathing open letter warning that Attorney General William Barr poses a threat to democracy.

"We fear that Attorney General Barr intends to use the DOJ’s vast law enforcement powers to undermine our most fundamental democratic value: free and fair elections," said the letter. "He has signalled this intention in myriad ways, from making false statements about the security of mail-in voting from foreign hackers to falsely suggesting that mail-in ballots are subject to widespread fraud and coercion. Most recently, the Department made a premature and improper announcement of a mail-in ballot tampering investigation that the White House immediately used as a talking point in its campaign to discredit mail-in voting and to further the claim it will be rigged against President Trump."

In particular, the letter highlights the Durham investigation, which with Barr's blessing is investigating the origins of the Russia probe and has raised suspicion that Barr is attempting to politically undermine the legitimacy of prosecutions of former Trump associates.

"The Inspector General should protect the DOJ’s integrity by answering the call of the House of Representatives to open his own investigation into election interference," concluded the letter. "And given Attorney General Barr’s demonstrated willingness to use the Department to help President Trump politically, the media and the public should view any election-related activity by the DOJ — including any announcement or findings related to the Durham investigation — with appropriate skepticism."