A practicing Catholic, Biden hopes to peel believers away from Trump 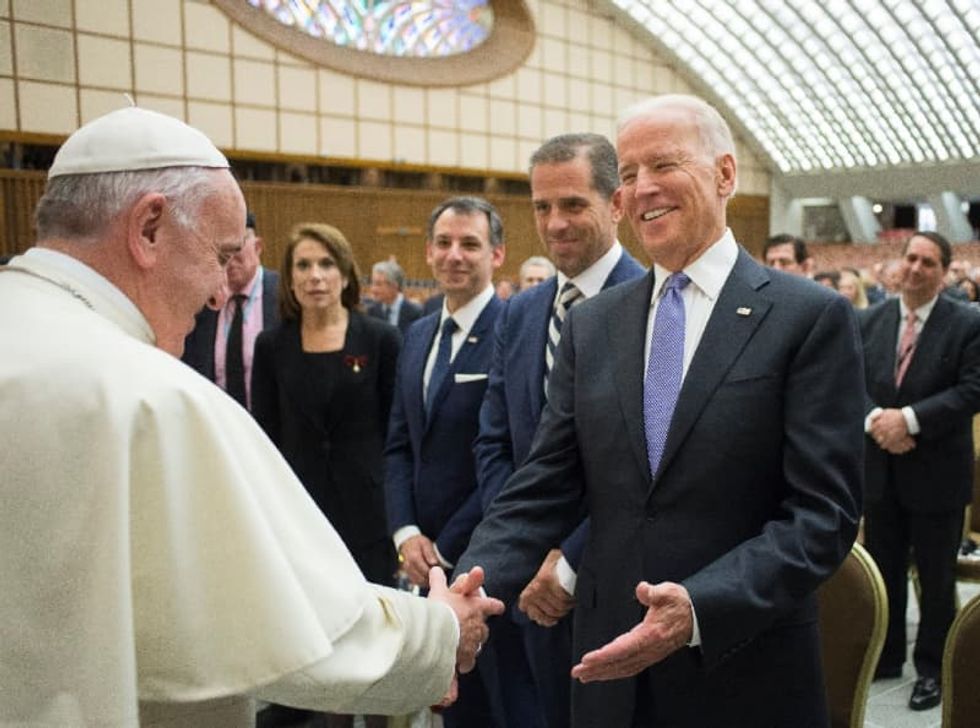 A rosary around his wrist, Joe Biden often speaks of the great comfort his Catholic faith has brought him in overcoming the tragedies that have deeply marked his life.

When Americans vote on November 3, the Democratic presidential candidate hopes he will have persuaded enough of his fellow Catholics to back him; a majority of them supported Donald Trump in 2016.

Every Sunday, or nearly so, the former vice president attends Mass at St. Joseph on the Brandywine, a small, quaint church in an affluent suburb of Wilmington, Delaware.

It is there, in the church's vast and verdant cemetery, that lie the graves of his parents; his son Beau, who died of cancer in 2015; and of his first wife Neilia and their daughter Naomi, who were killed in a 1972 traffic accident as Neilia drove her three children to buy a Christmas tree. Beau and his brother Hunter survived the crash.

Barack Obama's vice president carried around his wrist the rosary that his son was wearing the day he died; Biden said in 2017 that he had not removed it since Beau passed.

The product of Catholic schools, Biden lives his religion openly, on a daily basis, and always has.

If he defeats Donald Trump in the November 3 election, he will become only America's second Catholic president, after John F. Kennedy.

From quoting Pope John Paul II on the campaign trail to frequently invoking his Irish Catholic roots, the 77-year-old Biden is determined not to cede the terrain of religion to Republicans.

The stakes are high: Trump carried the 2016 election over Hillary Clinton thanks to razor-thin victories in several key battleground states.

Every vote will count on Election Day. And Catholic voters offer Biden a rare opportunity to appeal to the "swing voters" who often switch parties from one election to the next.

In 2016, 52 percent of Catholics supported Trump, to 45 percent for Clinton, according to the Pew Research Center.

With Catholics representing some one-fifth of the American populace, that gap is not insignificant.

Yet American Catholics are far from a homogenous group: six in 10 white Catholics backed Trump in 2016, while nearly seven in 10 Hispanic Catholics voted for Clinton. And many key members of the Trump administration are Catholic.

"We see the Catholic vote across the board to be a critical constituency to this campaign," Josh Dickson, the faith engagement director for the Biden campaign, told AFP.

But the question of abortion could be troublesome for Biden, even in his own strongly Democratic state of Delaware.

Biden supports the Supreme Court's landmark 1973 decision in the case of Roe v. Wade that ensured women's right to abortion. If elected, he has promised to safeguard that ruling through congressional action if necessary.

John Dolan, an engineer in his 50s who also attends Mass at St. Joseph on the Brandywine, told AFP he didn't care whether Biden was "Jewish, Roman Catholic, Lutheran or atheist."

He said he had not yet decided how to vote. "But you know, as a Roman Catholic, it's hard for me to support someone who basically is" pro-choice. "They should be pro-life."

Basking in the autumn sun on the bank of the Christina River in Wilmington, Rudy Antonini Jr., a 71-year-old retired attorney, said he will be voting for Trump.

"I got nothing against Joe Biden personally. I think he's a nice guy," he told AFP. But "he's not pro-life, he's pro-choice. So that's a violation of the Catholic principles."

Last year, a Catholic priest refused to give Biden communion because of the Democrat's pro-choice stance -- prompting Biden to point out that he had even received communion from the pope.

Asked how damaging the issue could be for Biden, Dickson stressed that "Catholics in the United States are very diverse in terms of their viewpoints, in terms of their backgrounds" and are "multi-issue voters" -- often looking beyond the single issue of abortion.

Dickson said Biden and his running mate Kamala Harris are "the clear moral choice in this election."

Capri Cafaro, a former Ohio officeholder now at American University, agrees that many Catholics will look beyond Biden's position on abortion.

They "can identify with how he tries, the genuine struggle that he has, trying to rectify his own personal faith beliefs with policy decisions," she said.

"I don't look at if it's Democrat or Republican," said Johnson, a mother of four who is Catholic. "I look at what's going to better help in the future."

"I think he has a better future for my children in general -- so that's where I'm at."