All eyes are on Pennsylvania — but does Joe Biden really need it to win it? 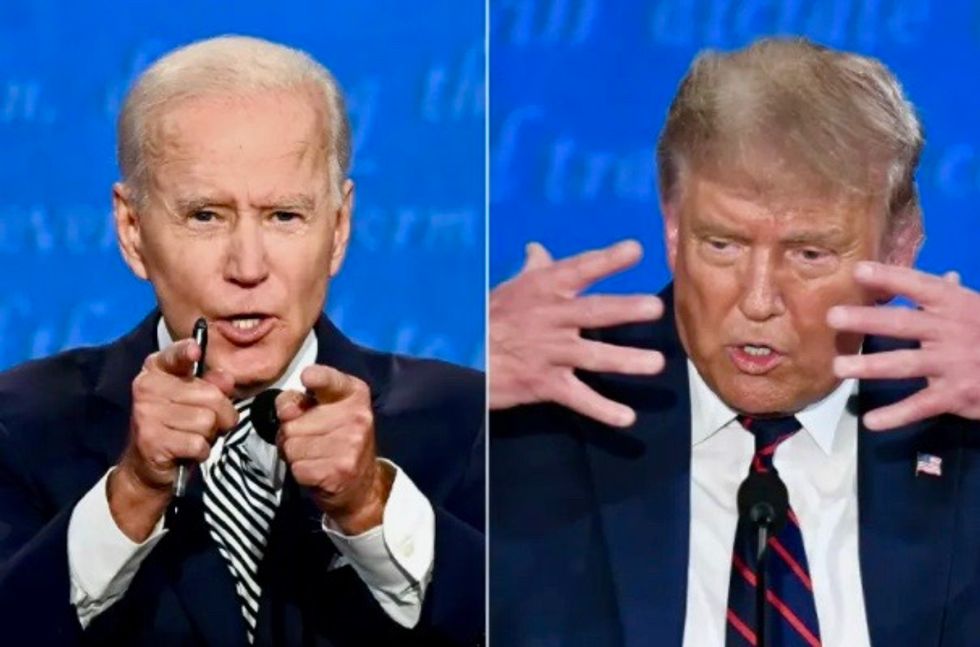 If former Vice President Joe Biden wins every state that 2016 Democratic presidential nominee Hillary Clinton won four years ago and flips Pennsylvania, Michigan and Wisconsin — all of which Trump won four years ago — that would get him over the 270 electoral votes he needs in order to win the election. But what if Trump wins Pennsylvania a second time? Polling expert Nate Silver examines that possibility on his FiveThirtyEight website.

Silver notes that although polls are showing Biden with an advantage in Michigan and Wisconsin, "The polls have been tighter in Pennsylvania." Citing FiveThirtyEight's polling analysis, Silver explains, "Biden's current lead is just 5.1 points, and in 2016, polls were off by 4.4 points in the Keystone State — Trump won it by 0.7 points after trailing in our final polling average by 3.7 points there. So, with a 2016-style polling error in Pennsylvania, Biden would be cutting it awfully close — perhaps even so close that court rulings on factors like 'naked ballots' could swing the outcome."

Silver poses the question: "Is Pennsylvania a must-win for Biden?," and his answer is, "No, not quite."

"(Pennsylvania) is close to being a must-win for Trump, who has only a 2% chance of winning the Electoral College if he loses Pennsylvania," Silver argues. "Biden, however, has a bit more margin for error. He'd have a 30% chance if he lost Pennsylvania, which isn't great but is also higher than, say, Trump's overall chances on Election Day 2016."

If Biden loses Pennsylvania, according to Silver, he still has some paths to victory, but minus Pennsylvania, the Sun Belt becomes even more important for him. Sun Belt states in which Biden is competitive include Florida, Arizona and Georgia, among others.

Outside of the Sun Belt, Biden is competitive in Ohio. But Ohio, Silver notes, is a Rust Belt state that is even closer than Pennsylvania. Democrats struggle more in Ohio than they do in Pennsylvania.

"Here's the thing: yes, Biden and Democrats should be nervous that he has only about a 5-point lead in Pennsylvania, the most likely tipping point state," Silver writes. "Five points is more than a normal-sized polling error, but not that much more. And Biden does have some backup plans. A regional polling error in the Midwest or the Northeast wouldn't necessarily doom his chances in states like Arizona, for instance. It wouldn't be the blowout that Democrats hope for, but Biden would still retain an edge in the Electoral College even without winning his birth state."