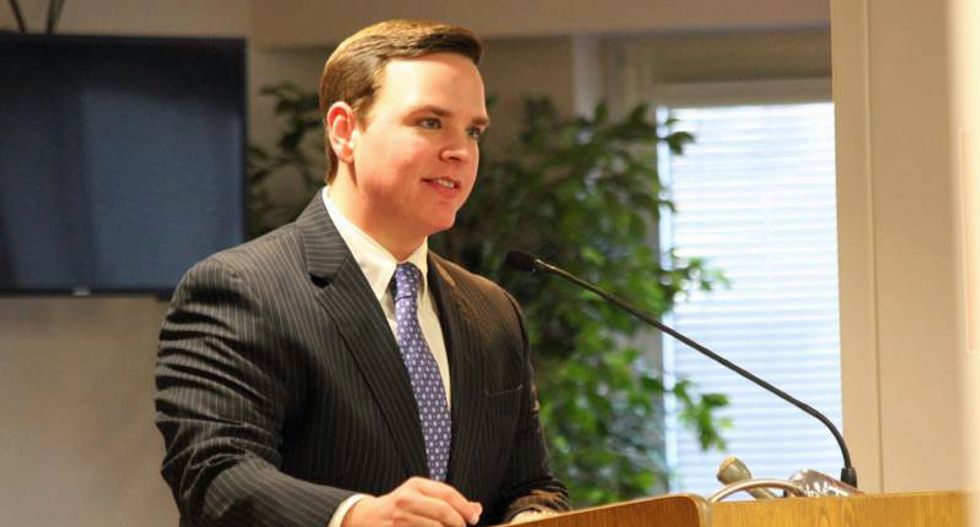 Sedgwick County Commissioner Michael O’Donnell was caught on tape comparing the mission to smear then-mayoral candidate Brandon Whipple to the killing of Dr. George Tiller in 2009, the The Wichita Eagle reported Friday.

“Us Republicans, we all agree,” Sedgwick County Commissioner Michael O’Donnell said. “The murder of George Tiller was bad. But am I sad that he’s dead? No. I’m just glad I’m not the one who pulled the trigger.”

Scott Roeder, an anti-abortionist, assassinated Tiller in 2009 during a Sunday morning service while Tiller was serving as an usher at Reformation Lutheran Church in Wichita.

“It’s what we do,” Capps said. “It’s the way the system works. Nobody wants to know how the sausage is made, they only want the sausage when it’s done. And that’s the principle: This is the sausage making — nobody likes to see that.”

The statements were on a secret recording made by a man named Matthew Colborn who was hired to produce a video smearing Whipple in his campaign to unseat former Mayor Jeff Longwell. Colborn’s attorney, Michael Schultz, released the audio to media Friday.

The recording revealed that O’Donnell, Capps and Wichita City Council member James Clendenin spearheaded the plot. They ultimately framed members of their own party.

Initially, the intention was to implicate county GOP Chairman Dalton Glasscock and County Clerk Kelly Arnold, a former chairman of the state Republican Party. Realizing a war with Arnold was putting them on the losing side, they chose not to pursue that action and instead focus on smearing Glasscock.

Glasscock said Friday evening that he was “disappointed, disheartened and disgusted” by what he heard on the recording.

Listen to the recording below.