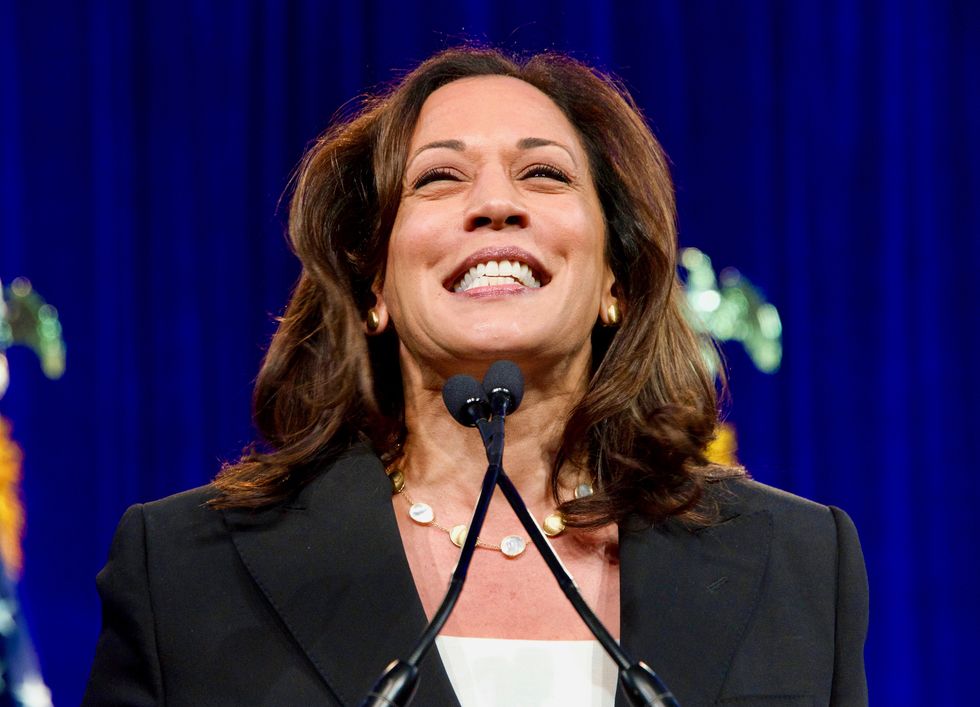 As soon as Kamala Harris took the stage outside a bustling church here, she made her intentions for the audience clear.

“So listen, today is the last day of early voting in Texas and you all have been doing your thing,” she said after taking off the face mask she wore on stage, nodding to the state’s record-breaking early turnout so far this year and polls suggesting that the state is in play.

“Now we know this is no time to let up on the pedal though, right?”

Harris spoke for about half an hour in at First Saint John Cathedral in Fort Worth to a predominately Black, socially distanced and seated crowd during the first stop of a daylong tour of Texas just four days before Election Day. Her presence itself was remarkable for a state that has long been considered noncompetitive in presidential races. Her message: The Democratic presidential ticket isn’t ceding Texas to the GOP this year. For the first time in decades, Republican dominance here could be at risk.

“There is a clear choice in this election,” she told voters standing outside a Fort Worth church who greeted her with raucous applause and Biden-Harris campaign signs.

“On the one hand you have Joe Biden, who, together with Barack Obama, created Obamacare which brought health care to 20 million people and protected people with pre-existing conditions,” Harris said, standing in front of a Texas flag as she spoke. “[They] understood that health care and access to health care should be a right and not just a privilege of those who can afford it.

“On the other hand, you have [President] Donald Trump,” Harris continued, “who, together with his boy Bill Barr, are in the United States Supreme Court right now trying to sue to get rid of the Affordable Care Act.”

Harris was referring to a Texas-led lawsuit to repeal the Affordable Care Act. Trump has expressed support for the suit.

Harris’ stop in Fort Worth was the first before planned visits later in the day to Houston and McAllen. Despite pleas from various Texas Democrats, Joe Biden hasn’t visited the state since the March primary. The swing through Texas, which awards 38 Electoral College votes, seemed designed to reach out to voters in Texas’ growing communities of color. The Biden-Harris ticket is largely relying on suburban, Black and Hispanic communities to offset President Donald Trump’s advantage in more rural swaths of the state.

In Fort Worth, she attracted a crowd of 300, including influential area Democrats like U.S. Reps. Eddie Bernice Johnson, D-Dallas, and U.S. Rep. Marc Veasey, D-Fort Worth. She gave a shout out to U.S. Rep. Colin Allred, D-Dallas, while on stage. Prior to Harris’ speech, Bishop Marvin Sapp gave a musical performance.

In a statement Friday morning, Trump Victory spokesperson Samantha Cotten rebuffed the notion that Harris’ visit meant that the state is in play.

“Texans aren’t fooled by phony politicians like Kamala Harris who is making a last ditch effort in the Lone Star State and come November, voters will reject the Democrats’ radical agenda of eliminating the oil and gas industry, hiking our taxes and taking away our 2nd Amendment rights in favor of four more years of President Trump,” Cotten said.

Tarrant County is Texas’ third-most populous county, and Democrats believe the former vice president’s path to victory in Texas includes turning the county blue. Though largely seen until recently as the last urban GOP stronghold in the state, Democrats see reasons for optimism after former U.S. Rep. Beto O’Rourke carried the county with a margin of victory of 0.62% in his bid against U.S. Sen. Ted Cruz in 2018.

Friday wasn’t the first time the California senator made a campaign stop in Fort Worth. In March 2019, Harris was one of the first then-Democratic presidential candidates to visit Texas during the packed primary, making back-to-back stops in Tarrant and Harris counties. She never accrued enough support in the polls for her run and ended her campaign in December.

Now, as Biden’s running mate, Harris is the highest-profile representative of the Biden campaign to visit Texas in person during the general election. Later Friday, Harris will hold a similar get-out-the-vote event in McAllen with O’Rourke and Julián Castro, former secretary of housing and urban development and San Antonio mayor.

Prior to Friday, Biden’s campaign had relied on Texas and out-of-state surrogates to campaign on his behalf. Biden’s wife, Jill Biden, visited El Paso, Dallas and Houston earlier this month to mark the state’s first day of early voting. Prior to that, Harris’ husband, Douglas Emhoff, spent two days in the state, swinging through the Rio Grande Valley, San Antonio and Dallas.

Harris’ tour through the state comes as polls project a tight presidential race in Texas. A handful of surveys in recent days give Trump a narrow lead or show him mired in a tie with the former vice president. In a few cases, Biden maintains a small lead over Trump.

Though Texas isn’t essential to a Biden victory, Democrats have asked Biden to be more aggressive here. In addition to Harris’ visit, the campaign planned a multicity surrogate bus tour across Texas. In addition, national super PACs and billionaire Michael Bloomberg have poured money into the state at the 11th hour, supporting not only Biden’s presidential bid but down-ballot efforts to flip the congressional districts and gain control of the state House.