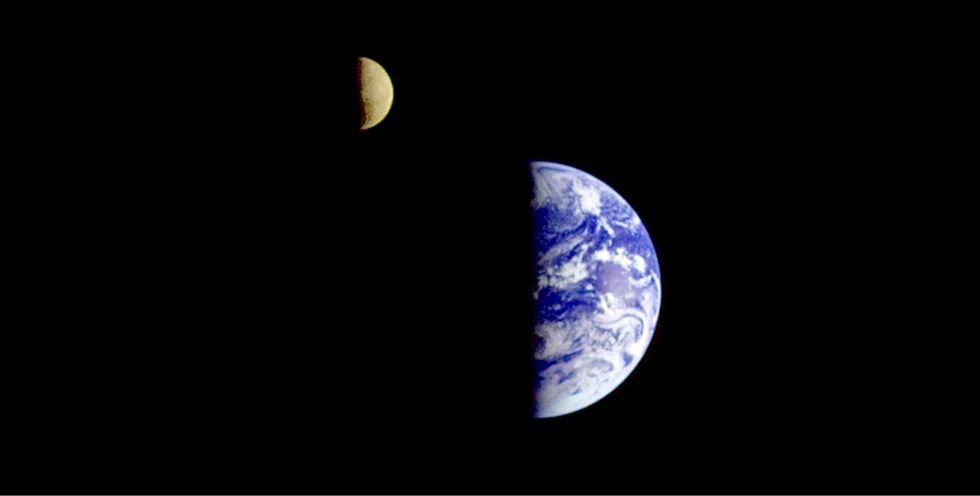 There may be far more water on the Moon than previously thought, according to two studies published Monday raising the tantalising prospect that astronauts on future space missions could find refreshment -- and maybe even fuel -- on the lunar surface.

The Moon was believed to be bone dry until around a decade ago when a series of findings suggested that our nearest celestial neighbour has traces of water trapped in the surface.

Two new studies published in Nature Astronomy on Monday suggest there could be much more water than previously thought, including ice stored in permanently shadowed "cold traps" at lunar polar regions.

Previous research has found indications of water by scanning the surface -- but these were unable to distinguish between water (H2O) and hydroxyl, a molecule made up of one hydrogen atom and one oxygen atom.

But a new study provides further chemical proof that the Moon holds molecular water, even in sunlit areas.

Using data from the Stratospheric Observatory for Infrared Astronomy (SOFIA) Airborne Telescope, researchers scanned the lunar surface at a more precise wavelength than had been used before -- six microns instead of three.

This allowed them to "unambiguously" distinguish the spectral fingerprint of molecular water, said co-author Casey Honniball, of the Hawaii Institute of Geophysics and Planetology.

Researchers believe the water might be trapped in glass beads, or another substance that protects it from the harsh lunar environment, Honniball told AFP, adding that further observations would help better understand where the water may have come from and how it is stored.

"If we find the water is abundant enough in certain locations we may be able to use it as a resource for human exploration," Honniball said.

"It could be used as drinking water, breathable oxygen, and rocket fuel."

A second study looks at areas of the Moon's polar regions, where water ice is believed to be trapped in lunar craters that never see sunlight.

Large hollows had previously been discovered -- NASA in 2009 found water crystals in a deep crater near the Moon's southern pole.

But the new study found evidence of billions of micro-craters that could each cradle a miniscule amount of water ice.

"If you were standing on the Moon near one of the poles, you would see a whole 'galaxy' of little shadows speckled across the surface," said lead author Paul Hayne of the Department of Astrophysics at the University of Colorado.

"Each of these tiny shadows -- most of them smaller than a coin -- would be extremely cold, and most of them cold enough to harbour ice."

This "suggests that water could be much more widespread on the Moon than previously thought", Hayne told AFP.

The authors say this could mean that approximately 40,000 km2 of the lunar surface has the capacity to trap water.

They were able to reconstruct the size and distribution of these little craters using high-resolution images and lunar temperature measurements taken from NASA's Lunar Reconnaissance Orbiter.

These micro-craters are distributed across both poles and should be as cold -- around -160 degrees Celsius -- as the larger, kilometre-scale lunar hollows, Hayne told AFP.

And there are "tens of billions" of them, Hayne said, compared to a few hundred larger cold traps.

Scientists hope that samples from these cold traps could tell us more about how the Moon -- and even Earth -- got its water, he said, perhaps providing evidence of water delivered by asteroids, comets and the solar wind.

But they also present a potential practical resource for astronauts, both on the Moon and for a human mission to Mars.

NASA, which plans to establish a space station in the lunar orbit called Gateway, envisages that ice excavated from the Moon's south pole may one day supply drinking water.

They could also split the molecules apart to make rocket fuel for an onward journey.