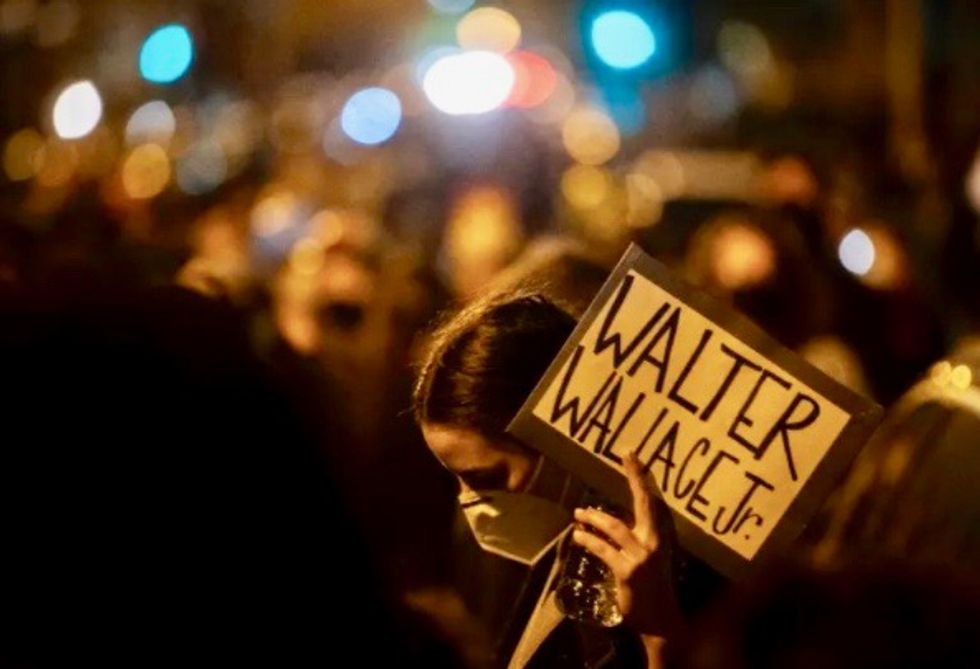 Officials in the US city of Philadelphia announced a nighttime curfew Wednesday following two nights of unrest over the latest police killing of a Black man whose family said suffered from mental health issues.

Thousands of people have taken to Philadelphia's streets, with looting and violence breaking out, since police on Monday shot dead 27-year-old Walter Wallace, who was carrying a knife.

Wallace's death and the subsequent demonstrations, in which riot police have used batons and shields to push back protesters throwing bricks and other debris, have reignited a political clash between Republicans and Democrats days before the election.

Philadelphia is the biggest city in the state of Pennsylvania, which is viewed as key to winning Tuesday's presidential vote.

"It's a terrible thing. What I am witnessing is terrible and frankly that the mayor or whoever it is that's allowing people to riot and loot and not stop them is also just a horrible thing," President Donald Trump told reporters.

The US has seen a wave of protests and rioting since the police killing of George Floyd in May in Minnesota, when an officer was filmed pressing his knee to handcuffed Floyd's neck until he went limp.

Many of the protests have accused the police of racism and brutality, but Trump has focused on the unrest to bolster his claims to be the "law-and-order" candidate in his election battle against Joe Biden.

The Democratic challenger said it was "totally legitimate, totally reasonable" to protest peacefully.

"What I say is there's no excuse whatsoever for the looting and the violence," Biden told reporters after casting his ballot in his home state of Delaware.

Mayor Jim Kenney suggested other curfews may follow, telling reporters that decisions will be made daily on whether to implement one that night.

"I believe that as a certain percentage of people who abide by the curfew we'll have less people on the street to deal with, which makes the job, and the safety of the officers better," said Kenney, a Democrat.

More than 170 people have been arrested over the unrest, mostly for looting, according to police statistics.

Some 53 police officers have been injured, including one whose leg was broken when he was hit by a truck, while 17 police vehicles have been damaged.

Two officers shot Wallace around 4:00 pm (2000 GMT) on Monday afternoon after he refused to drop the knife as his mother tried to restrain him.

Phone video of the killing posted on social media showed Wallace push his mother away and then walk towards the police.

His family said he suffered from mental health problems and was on medication. Wallace's father asked why officers did not taser him instead.

Police said they responded to a call about a domestic disturbance.

A lawyer for the family said Wallace was bipolar and the call to the emergency services was for an ambulance, not police.

Philadelphia Police Commissioner Danielle Outlaw has launched an investigation into the shooting. The officers involved have not been identified.