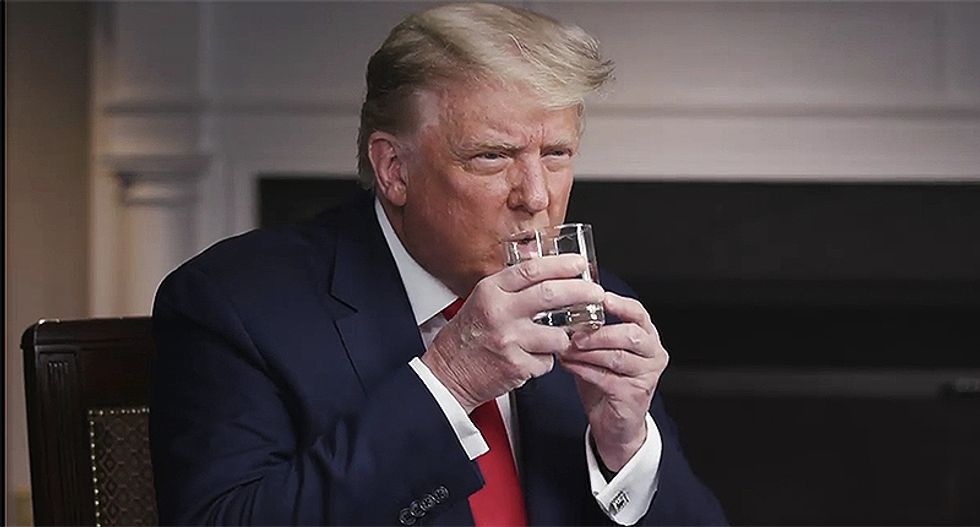 How much have President Donald Trump's businesses been nickel-and-diming American taxpayers?

So much that his Mar-a-Lago resort sent a bill in which they asked to be reimbursed $3 for every glass of water they served during a bilateral summit with Japanese Prime Minister Shinzo Abe.

The Washington Post reports that the $3-per-glass-of-water bill was part of a larger bill in which Mar-a-Lago asked the government to pay "$13,700 for guest rooms, $16,500 for food and wine and $6,000 for the roses and other floral arrangements" while hosting Abe.

And these revelations about payments to Mar-a-Lago are just the tip of the iceberg, as Post reporter David Fahrenthold has found that the government has paid at least $2.5 million to Trump properties since 2017.