Zeta slams into southern US -- downgraded to tropical storm 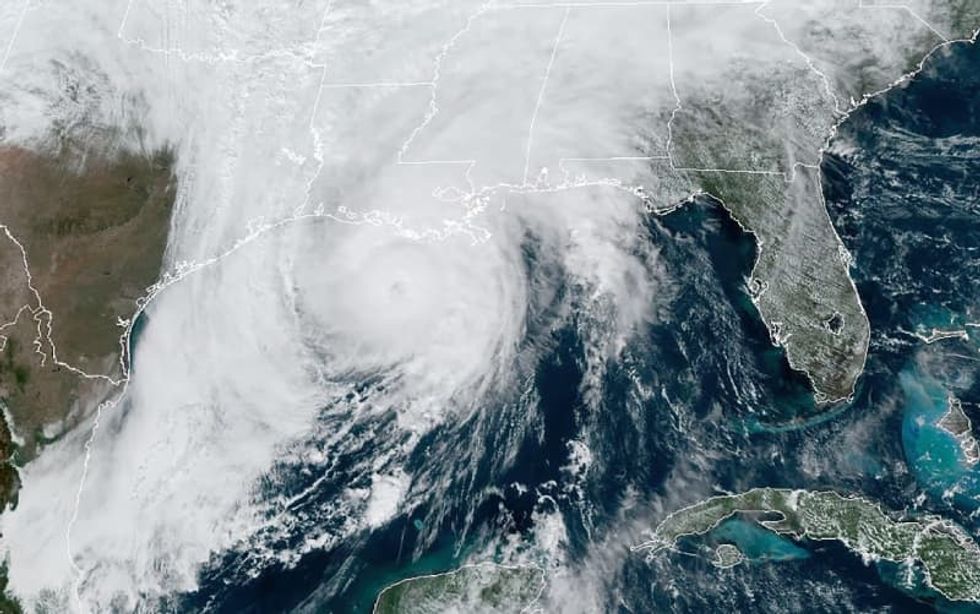 Zeta, which was downgraded to a tropical storm during Thursday's early hours, would "continue to spread well inland across portions of northeastern Alabama, northern Georgia, the Carolinas, and southeastern Virginia," according to the National Hurricane Center (NHC).

It was packing maximum sustained wind speeds of 60 miles (95 kilometers) per hour, the center said at 0900 GMT.

"Downed lines can be energized and are VERY dangerous," she tweeted. "Please continue to stay inside and let public safety officials respond to #Zeta hazards."

The city emergency medical service tweeted that there had been one "electrocution fatality" from a downed power line.

Mississippi governor Tate Reeves had signed an emergency declaration ahead of Zeta's approach earlier Wednesday, and Alabama governor Kay Ivey took to Twitter to advise state residents to prepare for the storm and "listen to all local advice."

Hurricane and storm surge warnings were lifted for Louisiana, but governor John Bel Edwards urged people to stay inside.

"Today has been hard," he tweeted. "As we continue to weather #Zeta and feel its effects, everyone needs to keep listening to their local leaders and follow any curfews that may be in place."

Heavy wind and sheets of rain cut through New Orleans, and power outages were reported in various areas.

Edwards said in an earlier radio interview that nearly 500,000 were without power in the state, including 78 percent of New Orleans.

Officials had urged residents to evacuate vulnerable areas or stock up on emergency supplies of food, water and medication for at least three days.

Curfews were in effect for harder-hit coastal areas.

Zeta hit just six days before the presidential election, although it was not expected to affect the outcome, with early voting in Louisiana already finished.

As rainfall and winds began ahead of the storm's arrival, New Orleans residents rushed to prepare, boarding up windows, moving vehicles and boats to higher ground and in some cases stacking sandbags to guard against potential flooding.

The hurricane was the fifth major storm to hit Louisiana this year.

The New Orleans area has repeatedly had to be on guard, though it has been spared so far this year, with the brunt of earlier storms hitting cities such as Lake Charles, some 200 miles (320 kilometers) west near the Texas border.

This time, though, local officials were urgently warning against complacency.

Flooding was less of a threat this time for the low-lying city -- 80 percent of which flooded during 2005's Hurricane Katrina -- because the storm was fast-moving at 25 miles per hour.

Annie Quattlebaum, a 39-year-old biologist, and a group of friends visiting from Denver were stranded when the storm caused their flight to be canceled.

They were roaming the city's famous French Quarter, largely deserted on Wednesday afternoon, in search of an open store to buy drinks and food as they prepared to hunker down in their hotel for the night.

"We're not going to do anything stupid. We're just going to hunker down while it's going on."

Along the shores of Lake Catherine, on the far northeastern edge of the city where many locals have weekend homes and commercial fishermen operate, boats were lined up along the higher ground of roadsides.

At Island Marina, Geoff Wallace, 60, secured wood and other material he was using for a construction project to keep it from flying away and becoming missiles.

"It's just a part of living here," he said, gray skies shadowing the marshland and a shrimp boat behind him.

"These poor guys," he said of the marina owners. "They've had to go through this four or five times this year. It gets tiring."

The hurricane brought strong winds and heavy rains to Mexico's Caribbean coast on Tuesday after making landfall near the resort town of Tulum.

It is the 27th storm of an unusually active Atlantic hurricane season.

In September, meteorologists were forced to use the Greek alphabet to name Atlantic storms for only the second time ever, after the 2020 hurricane season blew through their usual list, ending on Tropical Storm Wilfred.

Scientists say there will likely be an increase in powerful storms as the ocean surface warms due to climate change.