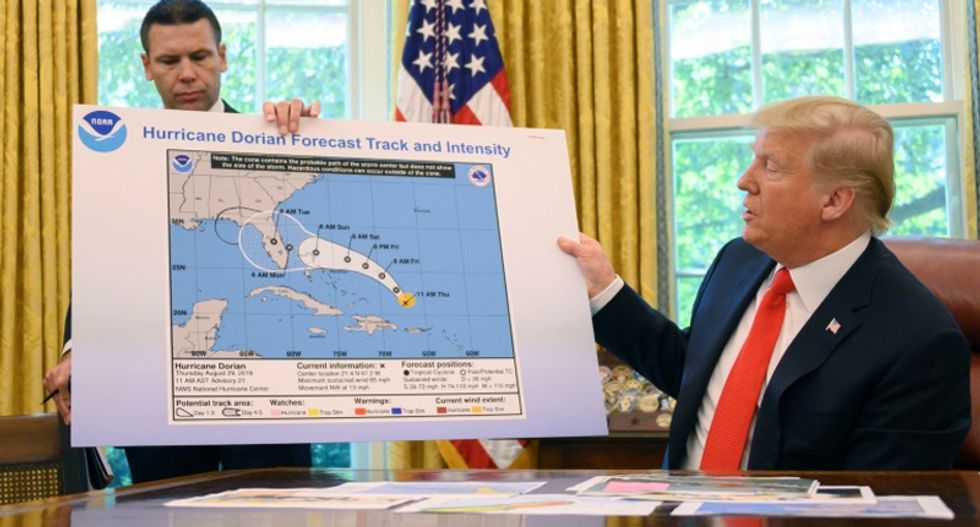 US President Donald Trump updates the media on Hurricane Dorian preparedness from the Oval Office at the White House. (AFP / JIM WATSON)

Scientists have long warned that climate change would increase the number and intensity of hurricanes and on Monday 2020 became the busiest hurricane season in recorded history as "Theta" was named.

"The season had already featured 28 named storms, including a dozen that have made landfall in the United States. In addition to newly-minted Theta, meteorologists are tracking yet another system in the Caribbean that could be named in the days ahead," The Washington Post reported Monday.

"The 2020 hurricane season will be remembered not only for its sheer number of storms, but the areas that were targeted by storms multiple times. Southwest Louisiana was ravaged by Category 4 Hurricane Laura in late August, only to be battered again by Hurricane Delta in early October and sideswiped by Zeta late in the month," the newspaper explained. "Mexico’s beleaguered Yucatán Peninsula also saw repeated storm strikes, with the area lashed by Gamma and Delta in early October, and then by Zeta as well."