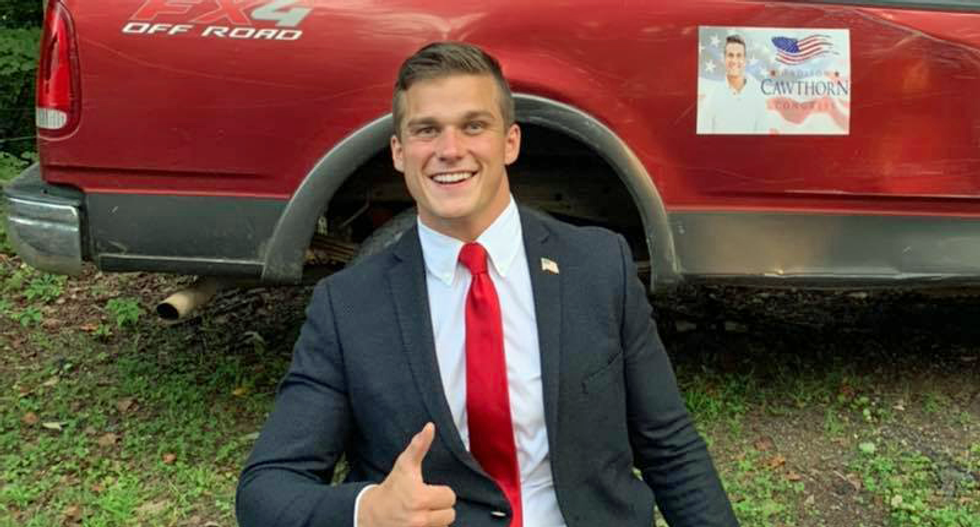 Republicans have held onto a congressional seat in North Carolina that was vacated when Mark Meadows left Congress to serve President Donald Trump's fourth chief of staff.

Republicans nominated Madison Cawthorn to fill the seat -- and he won after running a stunningly racist campaign.

On Tuesday night, after the Associated Press had called the race for him, Cawthorn shared his thoughts on Twitter.

Here's some of what people were saying about his tweet:

It really is clarifying, though. There's no plan to make Americans' lives better. There are no ideals, no sense of… https://t.co/ZlaGGFDDNt
— Jill Filipovic (@Jill Filipovic) 1604457659.0

The new generation of Republicans are straight out of Gamergate https://t.co/Xnl2JBGllv
— Jessica Valenti (@Jessica Valenti) 1604458177.0

the white vote shows up for racist candidate who had Hitler's vacation spot on his bucket list https://t.co/XWI32paVB6
— Nathalie Baptiste (@Nathalie Baptiste) 1604458458.0

I love living in the same country as tens of millions of people who voted for this message during—I must again stre… https://t.co/XsC2QYcAio
— David Klion (@David Klion) 1604457512.0

this fucking loser is gonna have to resign after sieg heiling in his office after like a week https://t.co/8HlaprRdYd
— overusing carp (@overusing carp) 1604457730.0