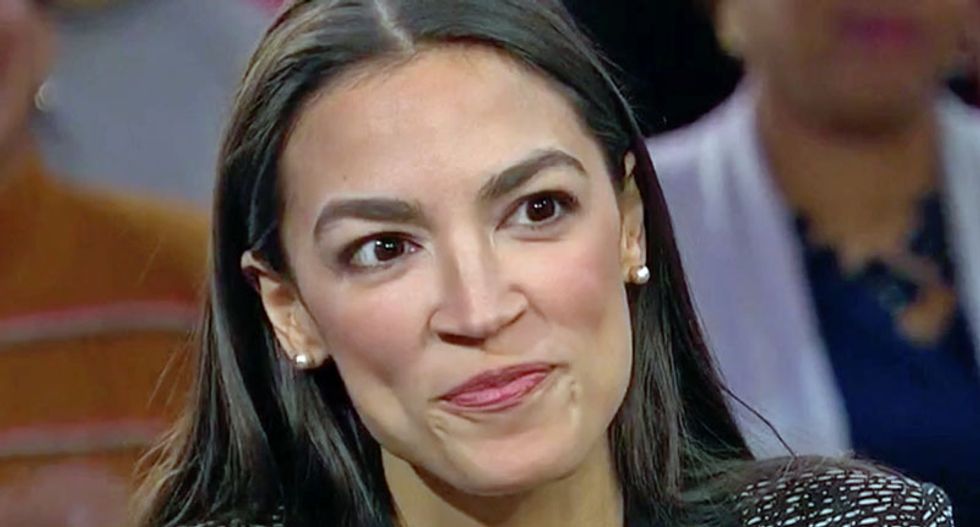 With the world anxiously awaiting the results of a presidential race that some have called "a matter of life and death," the four progressive congresswomen who burst onto the national political scene in 2018 and quickly became known collectively as "the Squad" expanded their informal team in the U.S. House on Tuesday by at least four.

After two years of causing "good trouble" on Capitol Hill, Reps. Ayanna Pressley (D-Mass.), Alexandria Ocasio-Cortez (D-N.Y.), Ilhan Omar (D-Minn.), and Rashida Tlaib (D-Mich.) were all declared the projected winners of their respective reelection races. They were joined by congressional newcomers Jamaal Bowman and Mondaire Jones, both of New York, along with Missouri's Cori Bush and Marie Newman in Illinois—all of whom were declared as likely winners.

Justice Democrats welcomed the electoral victories of the initial Squad members, saying that "the Squad is big" and "the time for bold action and visionary leadership is now." The group also celebrated the expected wins of Bowman in New York's 16th District and Bush in Missouri's 1st District:

"We were told that progressive candidates can't win, but once again we proved them wrong," the Sunrise Movement tweeted of Bush's win, noting that the Black Lives Matter activist-turned-politician ran on defunding the police, a Green New Deal, and Medicare for All. "Cori Bush will be a fierce advocate for the people in Congress. She's been fighting for her community and we know she'll continue to do the same for us. We've got the momentum, and the people are on our side."

Sunrise said that Bowman, who ousted longtime Rep. Eliot Engel (D-N.Y.) in a primary this year, "is the people's candidate and we can't wait to keep fighting alongside him."

The candidates themselves also weighed in:

They also got to work pushing a progressive agenda at the federal level. On The Young Turks Tuesday night, Bowman detailed some policies he would like to push—in the event that Democratic challenger Joe Biden beats President Donald Trump:

Before Newman's race was called, Ryan Cooper wrote at The Week that "while seven or so votes is not that many, it's possibly enough to start swaying close votes—particular given that there are several other Democratic representatives who are fairly close to the Squad politically, and many others who are close to them on individual issues. The next House may have a serious left-wing faction for the first time in decades."

The eight races that were called to double the size of the Squad Tuesday weren't the only potential House victories for progressives. As The Intercept outlined Monday, there are various other potential candidates—including Kara Eastman in Nebraska's 2nd District and Mike Siegel in Texas' 10th District. As of press time, those two races were being led by Republicans but hadn't yet been called, according to the New York Times.