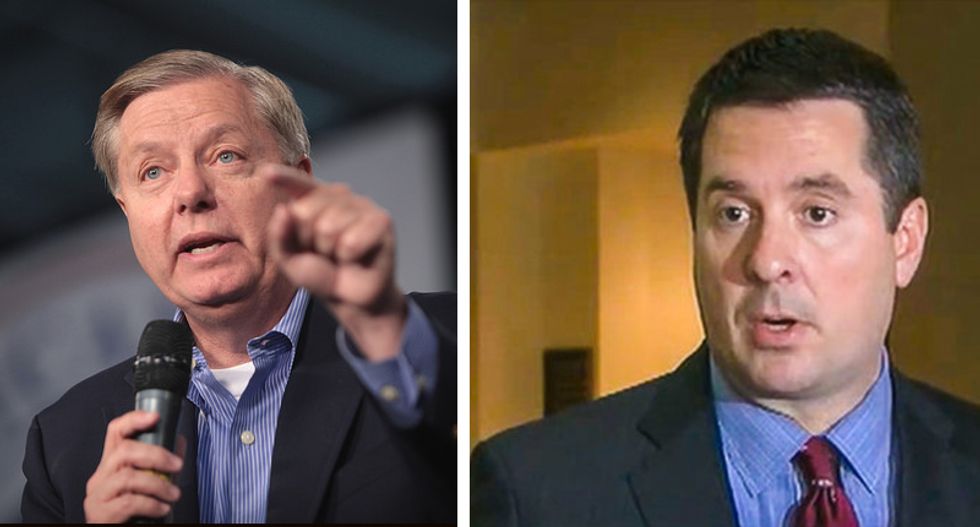 Victoria Benedict, a stationery store owner in Atlanta who has been voting by mail for years, was surprised last month when she went to the Georgia secretary of state's website and found her ballot had been rejected. A problem with her signature — the state said the one on her ballot did not match what it had on file — set her on a dayslong quest to make sure her vote would be counted.

County staff told her that she would either have to show up at the local election office to sign her ballot or vote in person on Election Day. Either option would risk her health during a pandemic. Instead, on the advice of a friend who volunteers with the state's Democratic Party, she filled out a form known as a ballot cure affidavit. This time, her vote was accepted.

“I knew to press," Benedict said. “It just worries me that other voters who didn't may fall through the cracks."

The blue wave widely predicted by pollsters never came Tuesday. Now, the unexpectedly thin margins in key states, combined with the vast increase in voting by mail, are highlighting the esoteric process of “curing" ballots, in which people whose mailed ballots are rejected because of signature or other problems are given a second chance. Since mailed ballots in most states tilt Democratic, curing them so that they can be counted is believed to help former Vice President Joe Biden.

“The cure process is going to be really important for a lot of close states," said Amber McReynolds, CEO of the voting advocacy group Vote At Home, which tracks rejection rates and suggests best practices for states to cure rejected ballots.

Even a few thousand cured ballots could potentially affect the outcome in states still in play in the presidential race as well. As with other aspects of the mail voting process, curing is now the focus of attacks by the GOP. Republicans have already sued in Pennsylvania to block the counting of cured ballots. In many states, voters don't have to submit their cured ballots until a week or more after Election Day, potentially delaying a final count. In the meantime, Biden campaign workers are engaged in a post-election get-out-the-vote effort, calling and texting these voters and encouraging them to cure their rejected ballots.

While the term may be new to many voters, the curing of rejected ballots has been part of the American electoral process for decades. “We need to let election administrators finish their work," said Ben Hovland, the chair of the U.S. Election Assistance Commission. Hovland is a Democrat who was appointed by President Donald Trump. “The cure process is simply part of counting, as it always has been, and we need to allow the professionals to finalize the count and certify the results."\

Curing rules vary from one state to the next. In Wisconsin and Michigan, cured ballots must be returned on or before Election Day. In North Carolina and Nevada, ballots can be cured until a week or more after the election. In Michigan and Georgia, election officials must tell voters that their ballots have been rejected, providing an opportunity for curing; Michigan's legislature added this requirement in fall, after hundreds of curable ballots were rejected in its August primary. In Wisconsin, notification is only encouraged, as was the case in North Carolina until August, when a federal judge ruled that the board of elections must provide a cure process.

In Nevada, 3,536 mail ballots have been rejected for signature problems as of Tuesday afternoon, according to the Nevada secretary of state. Those voters have until Nov. 12 to fix their ballots so they can count.

The number of rejected ballots in Nevada could grow because officials are still collecting mail ballots from drop boxes and the U.S. Postal Service. And whether they're cured could matter because Biden's current lead in the state is less than 8,000 votes. Officials said they'll release more results on Wednesday night.

Counties make lists of voters whose ballots were rejected available to the parties. Democrats in Nevada are organizing hundreds of staff and volunteers to remind voters to cure their ballots before the deadline, according to state party spokeswoman Molly Forgey. Democrats have already successfully fixed 2,340 ballots, compared with 825 Republicans and 1,354 independents, according to data from the secretary of state.

The Nevada Republican Party didn't respond to a request for comment. In a statement, the party complained it wasn't being allowed to observe or challenge signature matches. The GOP has sued to stop counting mail ballots in Clark County, the state's largest and most Democratic, but a judge rejected the Republicans' motion for a temporary restraining order.

Republicans in Pennsylvania have challenged ballot curing in lawsuits in state and federal court.

In Pennsylvania, a voter whose ballot was rejected can't mail in a new one. Instead, curing takes a different form. The secretary of state released guidance Oct. 21 that voters whose absentee or mail-in ballots were rejected by county boards of elections could be issued a provisional ballot on Election Day. The county board of elections would then determine later whether the ballot should be counted, according to the guidance.

On Tuesday night, Rep. Mike Kelly, a Republican who represents the northwestern corner of the state, and others sued the secretary of state over the policy in Commonwealth Court of Pennsylvania. The suit seeks to block rejected ballots from being cured by casting a provisional ballot.

It's not clear how many such ballots there are, and a spokesperson for the secretary of state declined to comment, citing the pending litigation.

In a separate federal suit challenging 98 cured ballots in Montgomery County, a judge seemed unmoved by Republican lawyers' arguments at a Wednesday morning hearing in Philadelphia. The case is still pending.

“Taken together, these lawsuits amount to an argument that boils down to: 'Voters get one chance, and if they make a mistake, too bad,'" said Michelle Kanter Cohen, senior counsel at the nonpartisan Fair Elections Center. “This isn't the way to approach our fundamental rights in a democracy."

In Georgia, any voter whose ballot is rejected is notified by the county and then will have until Friday to submit a cure form that will allow their signature to be validated. The law requires count officials to reach out to voters by phone or by email, and they must send a letter with instructions if a voter's contact information is unavailable. Gabriel Sterling, a state official who manages Georgia's voting equipment, projected on Monday afternoon that the state would reject about 3,000 total ballots.

McReynolds said Vote At Home believes the Georgia outcome will come down to as few as 1,000 votes, making even a small number of rejected ballots crucial to the final result. Neither the Trump nor Biden campaigns have requested the names of voters whose ballots were rejected, but the state would do so if asked, said Jordan Fuchs, Georgia's deputy secretary of state.