Tragedy as English Derby winner put down at Melbourne Cup 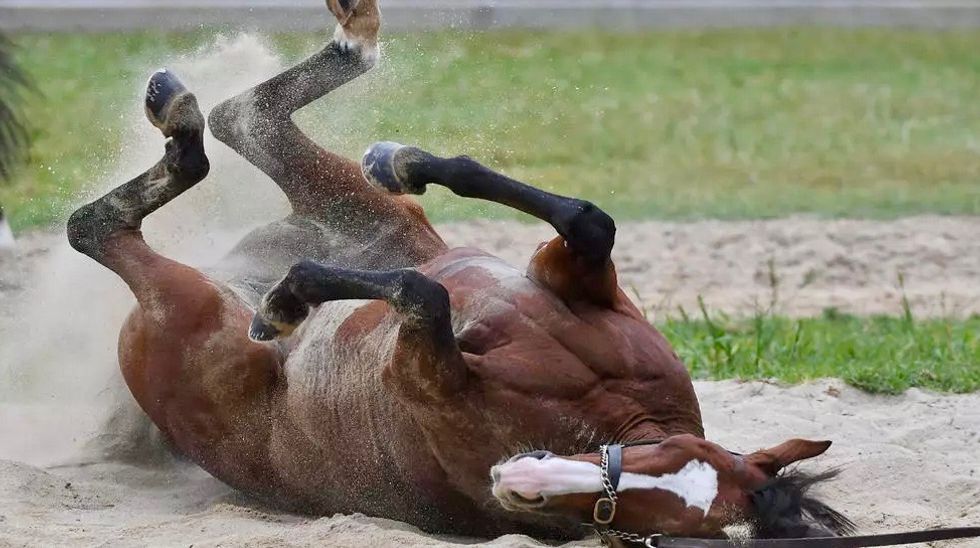 English Derby winner Anthony Van Dyck was euthanized Tuesday after breaking down during the Melbourne Cup, the seventh horse since 2013 to die at the race.

"It is with sadness that we confirm that Anthony Van Dyck had to be humanely euthanised after sustaining a fractured fetlock during the running of the Melbourne Cup," said Racing Victoria's Jamie Stier.

"The horse received immediate veterinary care, however he was unable to be saved due to the nature of the injury sustained."

His death is a massive blow to trainer Aidan O'Brien, with Anthony Van Dyck one of the best credentialed European horses to travel to Australia in recent times.

It also soured what was already an unusual edition of the Melbourne Cup, which was raced behind closed doors for the first time because of the coronavirus pandemic.

Winner of the 2019 English Derby, Anthony Van Dyck was runner-up in the Caulfield Cup this year and was one of the pre-race favorites at Flemington despite weight concerns.

It is the seventh horse to perish at the Melbourne Cup since 2013, with the most recent -- Cliffsofmoher, two years ago -- also from the O'Brien stable.

"Watch the racing fanatics try to bend over backwards to justify this," said one Twitter user, while another added sarcastically: "The sport of kings, all in the name of fun."

Racing Victoria's Stier pointed to research underway aimed at the early detection and prevention of bone injuries in thoroughbred racehorses.

"This research is being undertaken to reduce the incidence of fatal racing injuries such as that sustained during the running of the Melbourne Cup today," he said.