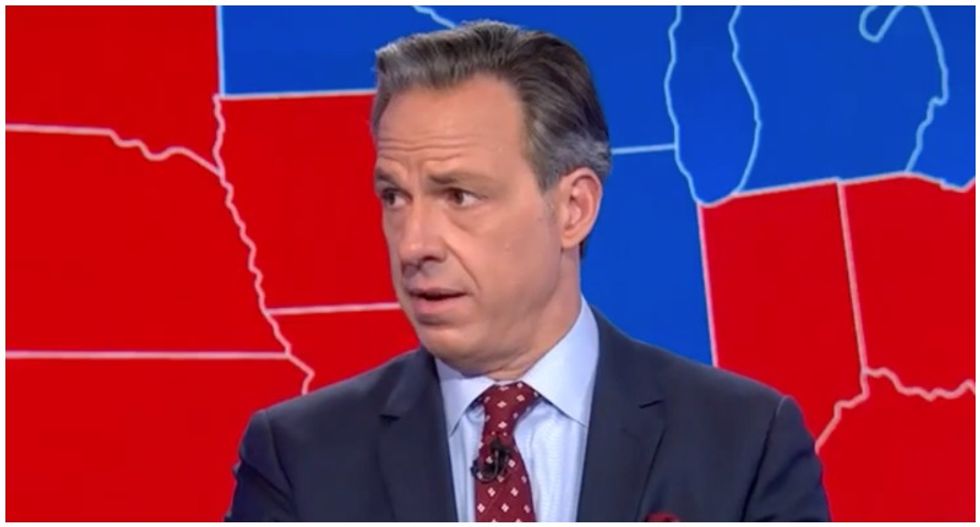 Speaking on CNN this Thursday, panelists along with host Jake Tapper discussed how President Trump's increasingly unhinged rhetoric is likely why his campaign is seemingly keeping him out of the public eye at the moment.

"First of all you have, like, official Republican Washington that's just kind of like, taking its time, watching what's happening, waiting for the votes to come in, and pretending as if this Trump world does not exist," Tapper said. "But the Trump that I'm referring to are these deranged messages from President Trump..."

"While he's doing that, he and his offspring, his spawn, are out there putting out tweets that have [Twitter warning label] after warning label after warning label because they're all untrue ... and it is increasingly apparent it's kind of like a fish flailing on a deck of a dock where it's just like they're breathing their last breaths," he added.