Trump's Michigan con: His supporters are so blinded by racism they keep falling for it 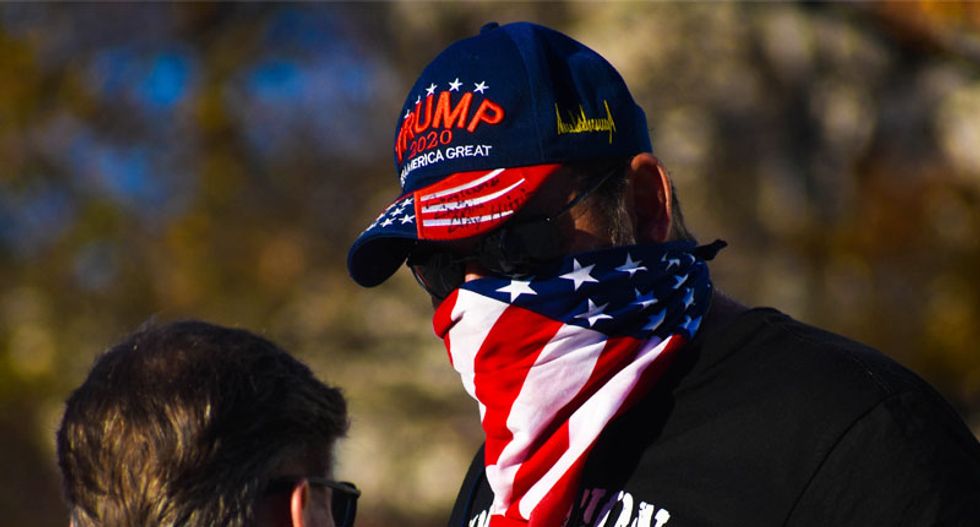 If you want proof that Donald Trump is not an anomaly, but rather a symptom of the racism and anti-democratic yearning that define the modern Republican Party, look no further than what's going on in Wayne County, Michigan. It's the county that encompasses the majority-Black city of Detroit as well as many of its majority-white suburbs, and the normally staid process of certifying an election there has gone badly off the rails.

This situation starkly illustrates how Trump's long-shot coup attempt — which is more a money-grabbing con job at this point — relies heavily on everyday Republicans being too blinded by their own racism and hatred for democracy to really grasp the ways Trump is using them, as he uses everyone.

To recap what happened for those who didn't get embroiled in the blow-by-blow drama of the Wayne County Board of Canvassers this week: On Tuesday, the board, which certifies local election results before sending them along to the state board, held a public meeting. By any reasonable measure, this should have been a quick vote to certify the results, as usually happens after such a clean and relatively smooth election. Instead, the two Republican members of the board — who are both white — refused to certify the vote count, angering and bewildering the two Democratic members, who are both Black.

Their formal excuse for this refusal to was that the vote count apparently included a few minor mistakes and anomalies, of the sort that occur in any election, in the precinct counting reports. This would, at most, affect a few hundred votes in a county where Joe Biden won by 350,000 votes.

The real reasons, of course, were racism and a desire to steal the election for Trump. The two Republicans, Monica Palmer and William Hartmann, were making a last-ditch attempt to keep the votes of Detroit, a city whose population is nearly 80% Black, out of the final Michigan vote count. It was a temper tantrum based on the longstanding, but usually better-concealed Republican belief that there's something not quite right about letting Black people have the same right to vote as white people.

After being the target of the wrath of the citizens of Wayne County for the next two hours, Palmer and Hartmann cracked and voted to certify the election. But after talking on the phone with Trump himself later on Tuesday night, the two circled around again, demanding a chance to rescind their votes. They are continuing to push baseless conspiracy theories clearly meant to imply that there's something shady about the very concept of treating Detroit's election the same way elections everywhere els are treated.

Sean Hannity, of course, protested on Fox News that it was a set of "truly vile smears" to suggest that racism was to blame for Republicans' singling out Detroit's election results for unnecessary delays. Of course, the racism here is self-evident. During deliberations, Palmer said, "I would be open to a motion to certify communities other than the city of Detroit." In case there's any lingering doubt, journalist Del Quentin Wilber was able to remove it with a cursory Facebook search:

Did a cruise through Wayne County Canvassing Board member William Hartmann's public Facebook posts. He's a Republican, so not a surprise he is a BIG Trump supporter

I'll let you judge a sample of posts I pulled from 2010. He voted not to certify Wayne County's ballots. pic.twitter.com/vGZt8mGeCF

Trump's efforts to steal this election are, it must be reiterated, a long shot. Democratic strategist Chris Marshall has argued otherwise here at Salon, suggesting that those of us who believe this are being too sanguine about the Republican eagerness to end democracy.

But the belief that Trump will fail is not based on any faith that Republicans will do the right thing. As this Wayne County situation shows, the entire Republican Party is rotten to the core, ready to throw out democracy rather than accept that people of color have equal rights to vote. Rather we are assuming, as has proven correct so far, that Trump and his minions are too disorganized and incompetent to pull off a coup, especially in the making-it-up-as-they-go-along fashion evident in the repeatedly failed lawsuits of the past couple of weeks.

Indeed, the weirdest aspect of Trump's ongoing litigation efforts is that the most immediate victims of his conspiracy are his fellow Republicans: They're the fools who keep responding to Trump's emails begging for cash. But the money Trump's fans donate, believing it may help Trump's electoral Hail Mary, is mostly going toward his "Save America" leadership PAC, not to his legal efforts.

These "leadership PACs" rose up after the Supreme Court forcibly deregulated campaign finance law in Citizens United vs. FEC, and they are often total scams. The people who run them often treat them like slush funds, using them to pay for personal expenses and luxury vacations, as well as lining the pockets of various consultants. For instance, former Republican vice-presidential nominee Sarah Palin started a PAC in 2009, which she promised would be dedicated to funding Republican candidates. Palin raised millions of dollars for her PAC, but only gave 5% to 8% of the money to candidates in any given election cycle. Instead, most of the of the money was spent on travel, media and mailing groups whose job was to promote Palin's brand under the umbrella of "fundraising."

Trump will almost certainly find even more creative ways to pocket the money, probably by having his PAC hold "fundraising" events at Trump properties. His team of lawyers is getting whittled down quickly to Rudy Giuliani, who is trying to wet his own beak by demanding $20,000 a day to waste the court's time with incoherent conspiracy theories.

Who is bankrolling all this chicanery? Ordinary Republican voters, who foolishly open Trump fundraising emails and keep hitting that "donate" button. And their foolishness is driven by bone-deep racism.

Trump and his allies haven't been subtle about their race-baiting, repeatedly attacking Detroit, Philadelphia, Milwaukee and Atlanta, all cities where white residents are a minority. The lawsuits have targeted cities with large Black populations. These suits are failing in court, but succeeding at the main goal of stirring up racist hysterics in the GOP base and turning those hysterics into cash.

Trump's message to his voters is clear: The votes of people of color are inherently "corrupt" and shouldn't be counted. Sadly, that's a message that's causing GOP wallets across the country to fly open. Republican racism is so strong it trumps the common-sense understanding that it's unwise to hand over money to an obvious con artist like Trump.

It might be funny to watch fools parted from their money like this, except for the fact that the very fabric of our democracy is being torn asunder. Fully half of Republicans reportedly believe that Trump "rightfully" won the election, which is to say, they're embracing conspiracy theories that allow them to believe that white votes are the only legitimate votes. Trump will soon be leaving office and finding creative ways to pocket his PAC money, but the poison he's pumped into the system by telling millions of white Americans that their racism is righteous will linger on for decades.