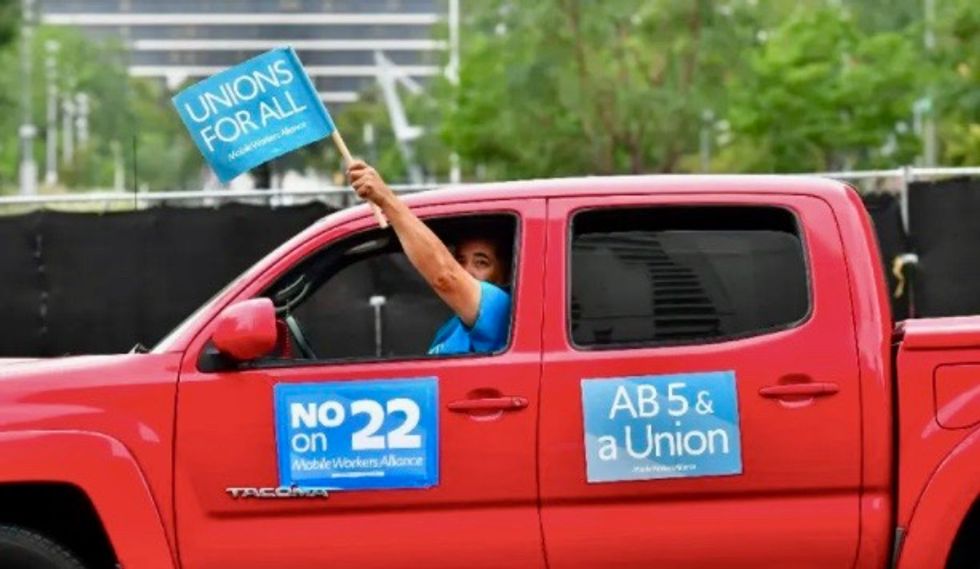 California voters put the brakes Tuesday on a state law forcing ride share firms like Uber and Lyft to treat their drivers as employees, instead of independent contractors.

Some 58 percent of voters backed a proposition exempting the firms, which will instead provide some benefits but ones that fall short of those given to traditional employees.

The measure divided drivers, some of whom want the benefits of regular employment while others enjoy the flexibility of being able to work when they choose to pick up extra income.

"I suppose I shouldn't be surprised by the fact that billionaire corporations can buy their ways out of laws.

More than $200 million was spent on Proposition 22, in what is reported to be the most spent on an initiative before voters in the state.

Uber and Lyft have said they may need to terminate service in the state if their business model is upended.

Lyft said its survey of drivers showed 86 percent worked fewer than 20 hours per week and most preferred to keep the flexible contractor model. Uber has also said the majority of its drivers want to keep their situation.

An appeals court recently rejected a bid by Uber and Lyft to avoid having to treat drivers as employees while battling the California labor law.

A Proposition 22 victory would render that court ruling moot.

The exemption to the labor law also applies to food delivery apps such as DoorDash.