With control of Senate at stake, eyes on Georgia with possibly two races headed for runoff 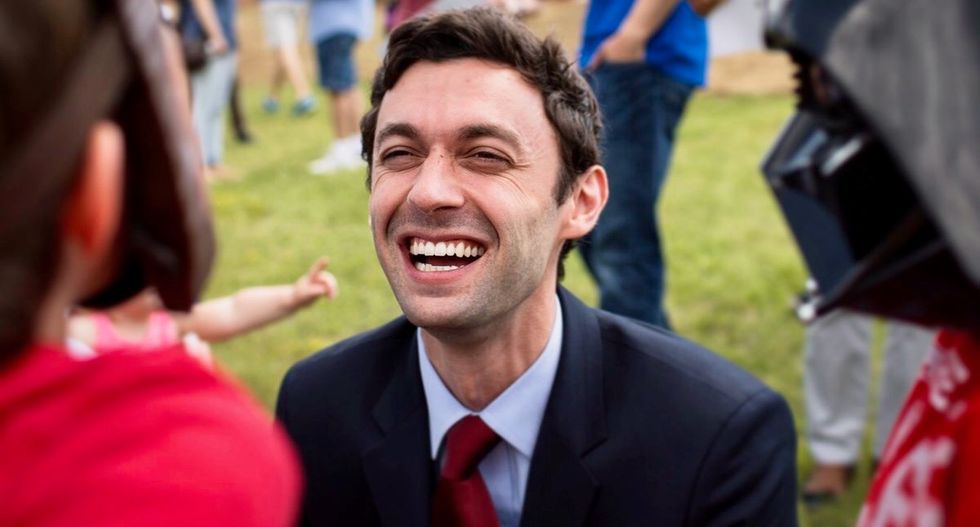 As vote tabulation continues in several states and Joe Biden maintained his lead over President Donald Trump in the Electoral College, many political observers on Thursday are watching the key battleground of Georgia, where the possibility of a double runoff in senatorial races means it may not be known which party has control over the U.S. Senate until January.

As of this writing, one of the Peach State's Senate battles is already confirmed to be heading for a runoff. Republican incumbent and multimillionaire Sen. Kelly Loeffler—who faced calls this year to resign because of suspicious stock dumping ahead of the coronavirus pandemic—and Democrat Raphael Warnock, head of the Ebenezer Baptist Church, will square off January 5 because they both secured below the 50% threshold of votes. With 97% of precincts reporting, Warnock secured 32.7% to Loeffler's 26% according to the Associated Press.

"The Loeffler-Warnock runoff is expected to shatter records for political spending," the Atlanta Journal Constitution reported, attributing that expectation to Loeffler's vast personal fortune and the fact that "the January race will be Georgia's first Senate runoff since the U.S. Supreme Court's landmark Citizens United ruling allowed for virtually unlimited outside political spending in campaigns."

Republican Sen. David Perdue of Georgia and Democratic Senate candidate Jon Ossoff may also be heading for a runoff election. Perdue is a Trump ally and came under criticism from Ossoff during debates for his dismissal of the severity of Covid-19 while, like Loeffler, selling off key stock ahead of the public health crisis. "All the while, you were looking after your own assets, and your own portfolio," Ossoff charged.

According to Atlanta's WSBTV,

Early results showed Perdue with a sizeable lead but now the senator has fallen below the 50%+1 threshold needed to avoid a runoff.

According to the Georgia Secretary of State website, Perdue is sitting at 49.98% to Ossoff's 47.71% Thursday afternoon.

For Democrats, who are hoping to retake control of the upper as well as the White House, the outcome of the Georgia contests could prove pivotal.

The races could play an important role in the makeup of the new Senate, though it appears Republicans are likely to keep their Senate majority. Democrats have flipped two seats this election – in Arizona and Colorado – and lost one seat in Alabama, resulting in a net gain of one seat. Going into Election Day, Democrats had to win four seats to gain a majority or three if Democrats win the White House.

The winner of the presidential race has also not yet been determined in Georgia, which holds 16 electoral votes. A state judge also on Thursday dismissed a lawsuit from the Trump campaign—which has baselessly accused Democrats of cheating by properly tallying votes—challenging 53 absentee ballots in Georgia's Chatham County as having arrived too late to count.