Former Proud Boys lawyer tried to join neo-Nazi gang -- but got turned away for being a 'huge liability': report 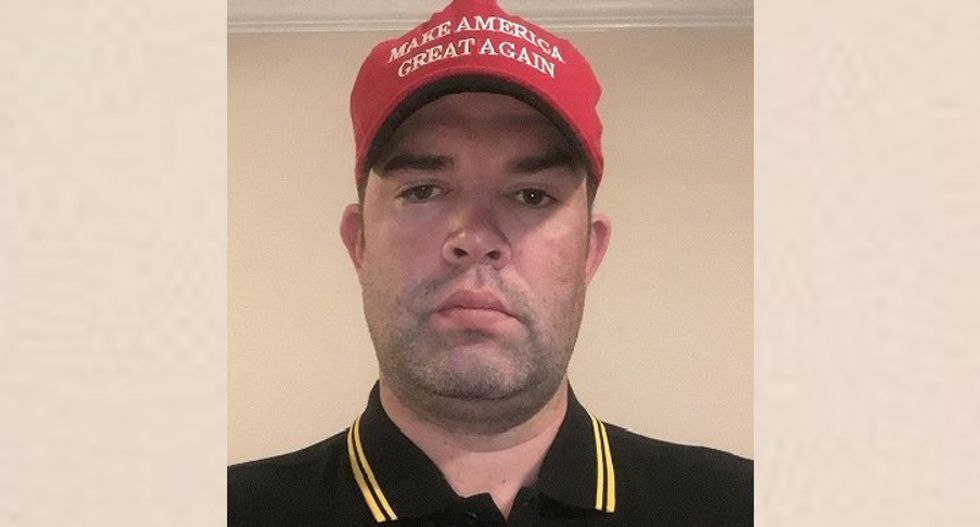 Newly leaked phone call recordings show that a former attorney for the far-right Proud Boys gang tried to join a neo-Nazi gang but got turned down for being a "huge liability."

Vice News reports that Texas-based attorney Jason Lee Van Dyke last year contacted the leaders of a white nationalist gang called The Base and asked if he could join them.

According to Vice, Van Dyke called The Base leaders using the pseudonym "John Lee" and proceeded to outline why the Proud Boys were no longer extreme enough for his tastes.

“There're plenty of people in the Proud Boys who don't believe that Jews have a place in this country and they want to put a stop to it,” he explained to his fellow white nationalists. “And whenever someone talks about doing something, they're immediately shut down or banned from the band, from the group, because, you know, the boys don't want to have that image."

While The Base leaders initially thought Van Dyke would make a good recruit, they quickly soured on him after reaching out to a Proud Boys member who gave him a negative performance review.

"The same Proud Boy went on to denigrate Van Dyke because he 'got kicked out' after allegedly doxxing members of the group and getting arrested for 'trying to fake a robbery against himself,'" reports Vice.