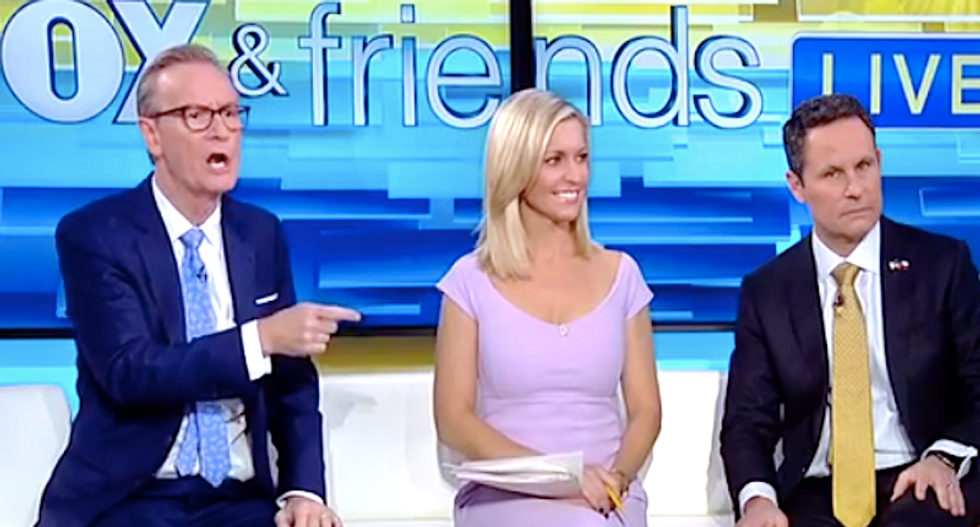 The hosts of "Fox & Friends" is warning viewers of a new crisis gripping the holiday season: "Woke" mall Santas who won't pledge to children that they'll get toy guns for Christmas.

Co-host Steve Doocy on Tuesday talked about the Christmas tradition of parents bringing their kids to see people dressed as Santa Claus at their local shopping malls, but he said that this tradition was being threatened by left-wing politics.

"Some of these Santa Clauses... are a little too politically correct," Doocy said.

He then played a video of a mall Santa telling a child that they wouldn't bring him a toy gun for Christmas.

"If your dad wants to get it for you, that's fine," the Santa impersonator explained. "But I can't bring it to you. What else would you like?"

"All he wanted was a NERF gun!" Doocy complained. "And the Santa says, 'I'll give you anything but a gun!'"