Pro-Trump ‘shadow group’ is targeting officials for assassination in a ‘tangible step toward terrorism’: Attorney 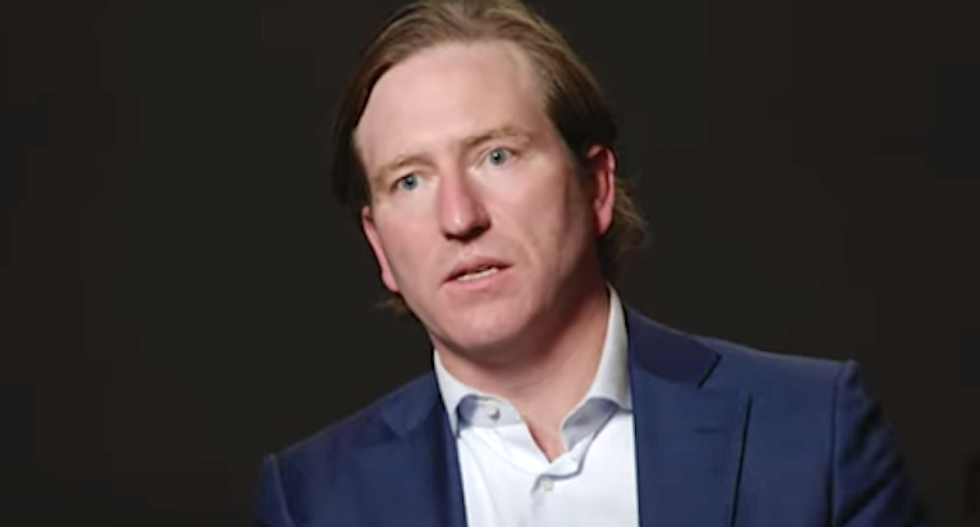 An attorney for an election security official fired by President Donald Trump says his client has been targeted by violent threats from a "shadow group."

The pro-Trump group has called for the assassinations of Chris Krebs, the former director of the Cybersecurity and Infrastructure Security Agency, and other officials they say stole the election.

“We became aware tonight that a shadow group has launched a campaign on a website called ‘enemies of the people’ proposing the assassination of various Republican and Democratic leaders who they falsely claim are complicit in manipulating the 2020 presidential campaign," Walden said in a statement. "If anyone needs to be reminded that public calls for violence beget violence, this is the clarion call. If blood is spilled, it is on the hands of the president, his campaign, his lawyers, and the silent Republicans standing in the president’s shadow."

"We have deployed every conceivable resource to counteract this tangible step toward terrorism — although it may be domestic or foreign actors trying to stoke the violence," the attorney added. "Either way, this toxic campaign proves the truth of everything we said in our lawsuit yesterday.”

Krebs has sued the Trump campaign and its attorney Joseph diGenova, who called for the former election security official to be “taken out at dawn and shot” for defending the integrity of the election, which he said was "the most secure in American history."

The president has frequently used the phrase "enemy of the people" in reference to the media, his political opponents and Republican officials who refuse to do his bidding -- such as Georgia's GOP secretary of state, Brad Raffensperger.

"But I understand the Secretary of State, who is really, really an enemy of the people," Trump said on Thanksgiving Day. "The secretary of state, whether he's Republican or not, this man, what he's done, supposedly he made a deal where she's allowed to harvest but in other areas they're not allowed. What kind of a deal is that? They're not allowed to harvest during a presidential election."

No evidence of ballot harvesting has been uncovered, and Trump is angry that a manual recount ordered by Raffensperger failed to overturn his election loss there.

Election officials in Georgia, Michigan, Pennsylvania and elsewhere have reported violent threats in the wake of the election, and right-wing militia members have been charged in an alleged plot to kidnap and murder Michigan Gov. Gretchen Whitmer, one of the president's vocal critics.

A far right wing anti-vaxx, anti-mask commentator who threatened to shoot anyone who even tried to vaccinate him against the coronavirus only to say recently he had contracted COVID-19 is lashing out at those on the left he says mocked him. In an obscenity-laden tirade Josh Bernstein went as apoplectic as anyone can while battling the grave disease and the exhaustion he admits comes with it.

Last week Bernstein called his bout with COVID "brutal," and "unbearable," but on on Saturday Newsweek reported he contacted them to say his COVID test came back negative. Despite that, in his latest video he appears in what he called his COVID quarantine room appearing to talk about what having the disease "taught" him.