Republican says Michigan GOP will challenge Dem electors: ‘There could be outbreaks of violence in Lansing’ 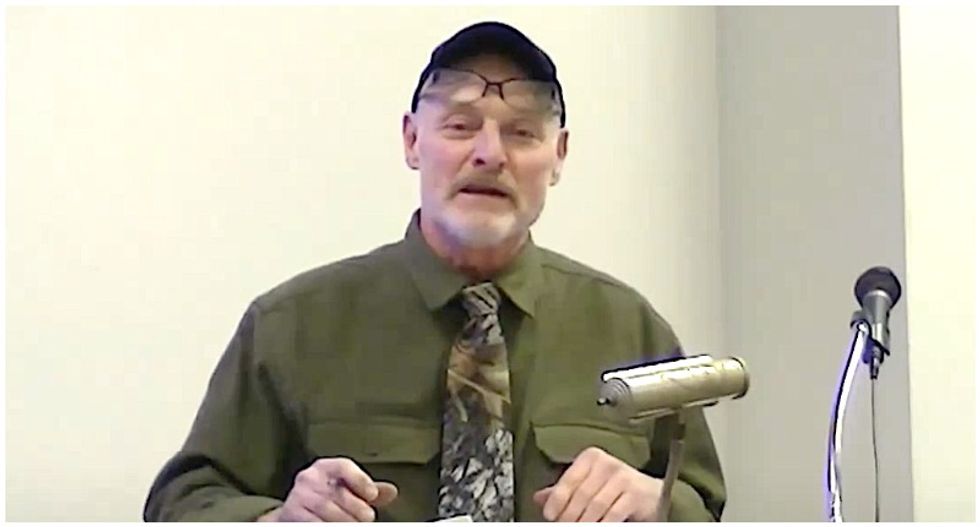 During a radio interview with WPHM-AM this Monday morning, Michigan Republican Rep. Gary Eisen said that as Democratic electors convene at the state Capitol to cast their votes for President-elect Joe Biden, he couldn't necessarily guarantee their safety.

"Can you assure me that this is going to be safe day in Lansing, nobody's going to get hurt?" radio host Paul Miller asked Eisen.

"No," Eisen responded. "I don't know because what we're doing today is uncharted. It hasn't been done."

During the interview, Eisen cryptically described what would occur on Monday in Lansing as a “historic event” and said it "will be all over the news later on." He also said there had been a "bomb threat phoned in from Wisconsin."

“I’m on a football team. We have one more play. Am I just going to give up or am I going to do that Hail Mary?” he said. “Will it change the outcome of the election? Probably not… At least we have one play left. We’ll throw that ball. We’re warned right now that there could be outbreaks of violence in Lansing.”

According to the Washington Post, “credible threats of violence” ahead of the state’s electoral college vote Monday have forced Michigan’s top lawmakers to close all legislative offices in Lansing.