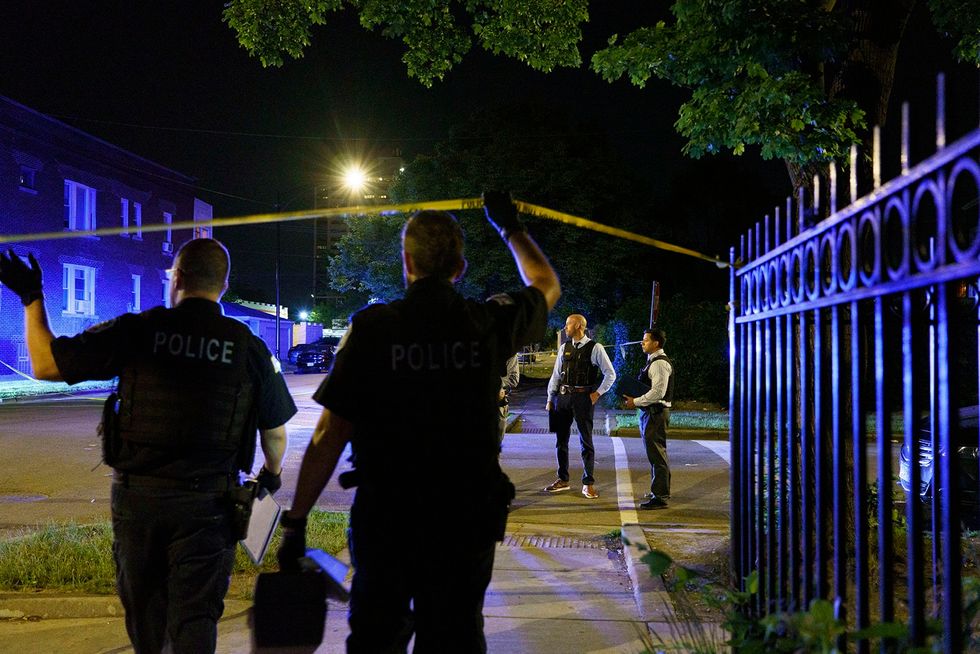 Police work the scene of a shooting in the East Garfield Park neighborhood on June 15, 2021. - Armando L. Sanchez/TNS

CHICAGO – Little by little, Terrance Henderson sees the gains his violence-prevention workers have made in persuading rival gangs to stop shooting each other in a swath of Chicago’s Far South Side. But it’s a struggle. The group’s efforts in Roseland and West Pullman, two communities that have seen some of the city’s biggest jumps in shootings and killings so far in 2021, don’t always outpace the conflicts that erupt and spiral out of control. Last year was billed as an outlier for violence in Chicago as tensions flared during the pandemic and civil unrest followed the police killing of George...