30 million people under heat alerts as western US swelters 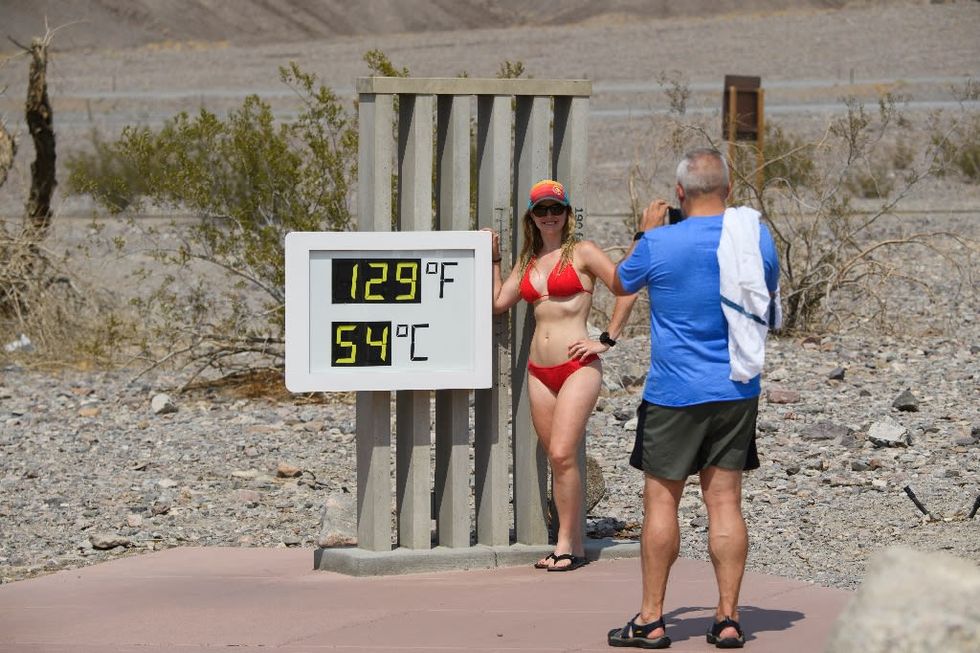 Tourists pose next to a thermometer in California's Death Valley in June. Sweltering conditions have hit much of the Pacific seaboard and as far inland as the western edge of the Rocky Mountains over the weekend

Los Angeles (AFP) - Hot weather alerts are in place for more than 30 million people across the western United States after the region's second heat wave in weeks brought another round of record-equalling high temperatures.

Sweltering conditions have hit much of the Pacific seaboard and as far inland as the western edge of the Rocky Mountains over the weekend, with forecasters warning of more to come on Sunday.

Las Vegas matched its all-time record of 117 degrees Fahrenheit (47.2 Celsius), according to the National Weather Service (NWS) -- a temperature recorded in the desert entertainment city once in 1942 and three other times since 2005.

Forecasters issued an excessive heat warning for the city along with several other urban centers including the southern city of Phoenix and San Jose, the center of the Silicon Valley tech industry south of San Francisco.

"Over 30 million people remain under either excessive heat warnings or heat advisories," the NWS said on Saturday, adding that dangerous heat and dry conditions would continue through Sunday.

The weekend's hot weather follows another heat wave that struck the western United States and Canada at the end of June.

The scorching conditions saw the all-time record daily temperature broken three days in a row in the Canadian province of British Columbia.

The death toll is not yet known but is thought to run into the hundreds.

Last month was the hottest June on record in North America, according to data released by the European Union's climate monitoring service.

The World Meteorological Organization and Britain's Met Office said in May there was a 40 percent chance of the annual average global temperature temporarily surpassing 1.5 degrees above pre-industrial temperatures within the next five years.

The past six years, including 2020, have been the six warmest on record.