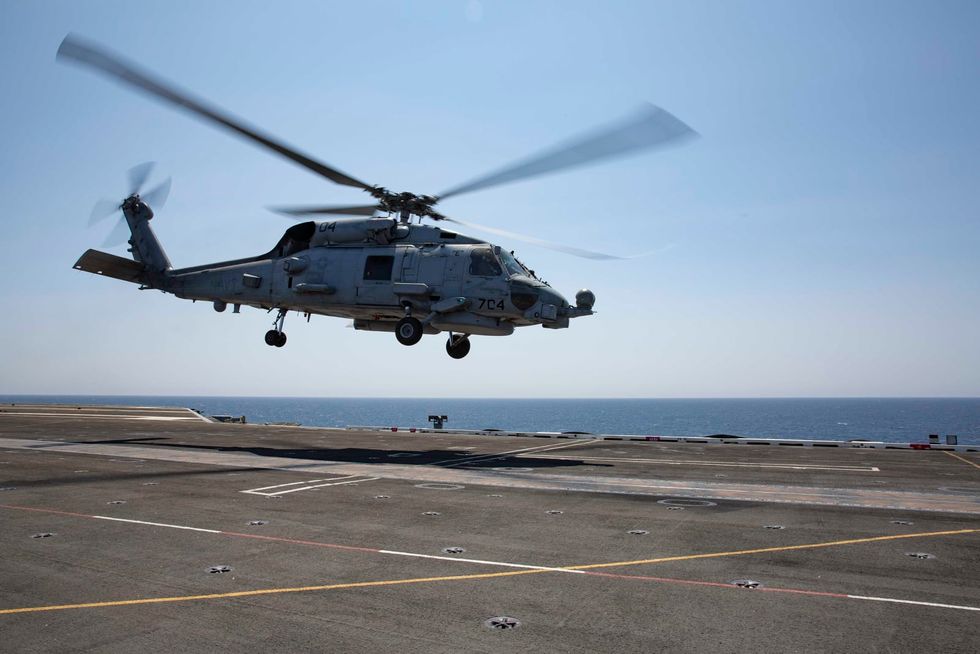 A similar Navy helicopter operating from the ship crashed off the coast of San Diego on Aug. 31, 2021. - Petty Officer 2nd Class Amber Smalley/Digital/TNS

SAN DIEGO — Five sailors who went missing after their helicopter crashed on the flight deck of the aircraft carrier Abraham Lincoln and fell into the sea are presumed dead, the Navy said Saturday. The announcement marks an end to the three-day search for the crew and a transition to a search and recovery operation. The Navy has not yet found the wreckage, but it is known where the MH-60S Seahawk helicopter went into the water — about 60 nautical miles off the San Diego coast. One of the helicopter’s crew was rescued from the water following Tuesday’s crash and is in stable condition ashore. Fi...