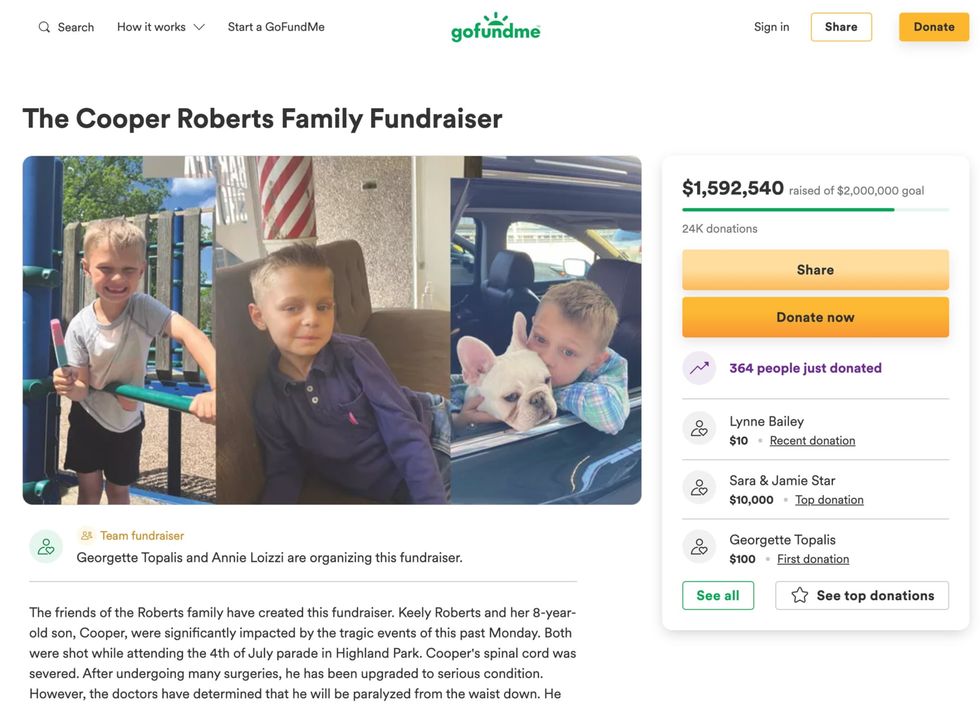 A GoFundMe page for the Roberts family is collecting donations for Cooper Roberts, 8, who was paralyzed from the waist down after being wounded at the Fourth of July parade shooting in Highland Park, Illinois. - GoFundMe screenshot/TNS/TNS

CHICAGO — Eight-year-old Cooper Roberts has returned to his home after being shot during the Independence Day parade in Highland Park, his family said Thursday. “Cooper is finally back home!” happily declared an emailed statement from his parents, Keely and Jason Roberts. Since the attack, Cooper has been separated from his parents, twin brother Luke, four sisters and George, his French bulldog puppy who he loves “so much,” the statement said. Cooper has been intubated, gone days without eating, has endured weeks of pain and suffering, tears and questions, fears and agonies and several follow-...