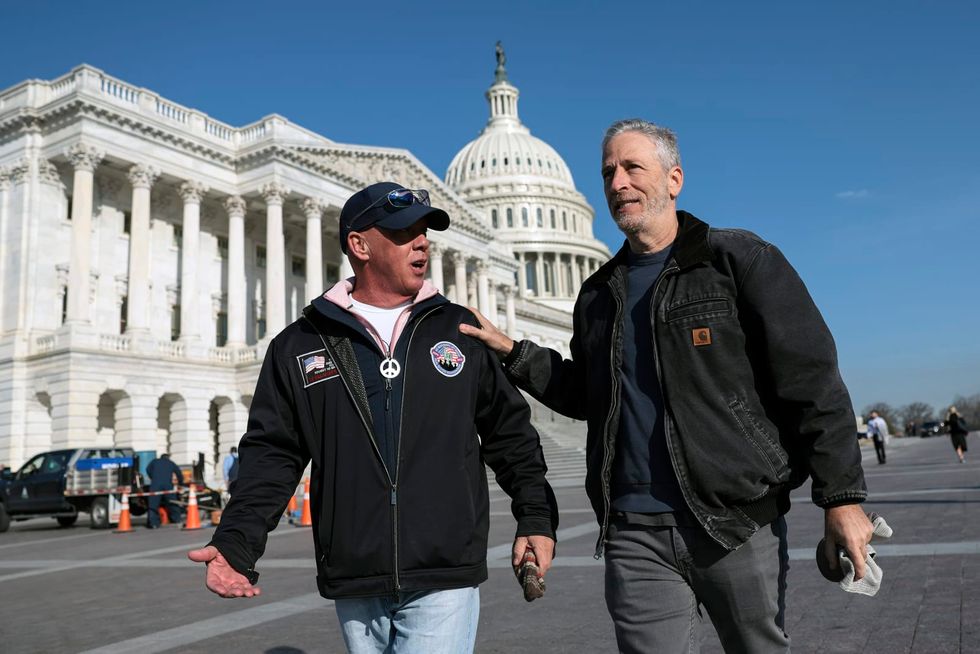 WASHINGTON — Jon Stewart and 9/11 advocate John Feal are putting the heat on Senate Majority Leader Chuck Schumer to pass a bill now working its way through the House that would help millions of veterans exposed to toxins overseas. According to the Veterans Administration, at least 3.5 million members of the armed services were exposed to burn pits in deployments during the global war on terror. Some of the open-air pits were the size of football fields and were used to incinerate everything from used medical supplies and electronics to garbage and human waste. The fumes from the toxic fires, ...