A Chicago drag legend celebrates his 80th birthday with showgirls, sequins and a few hundred of his closest friends: ‘He’s iconic and everybody knows it’ 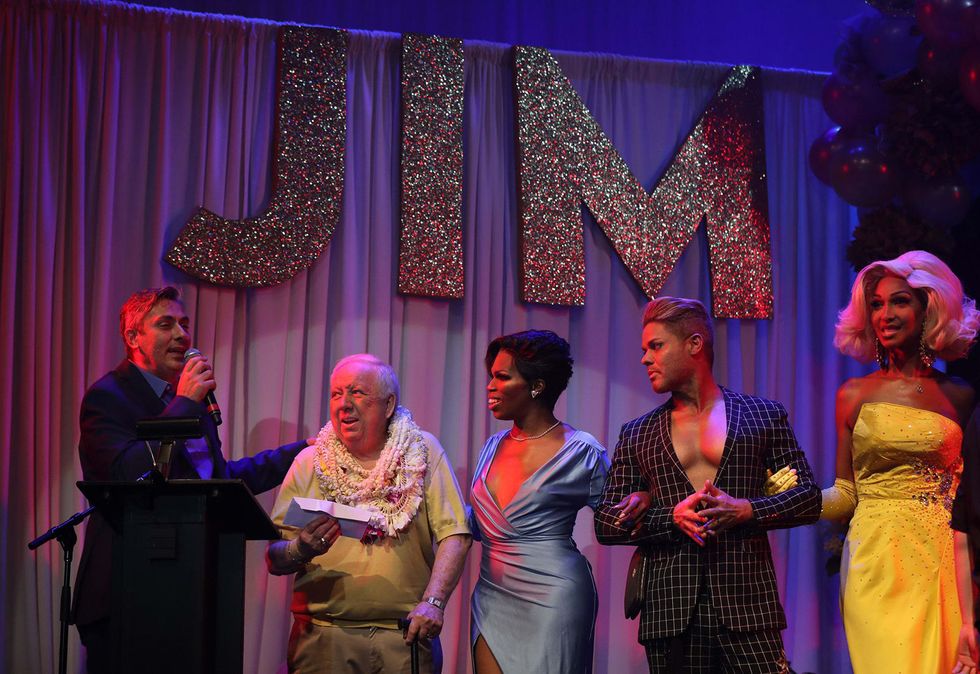 CHICAGO — There were cocktails and spotless white table linens, ball gowns and sequined bikinis. There were proclamations from politicians, toasts, standing ovations, musical tributes — and even, as the evening wore on, what appeared to be an open-ended marriage proposal for the man of the hour. At the center of it all was an affable 80-year-old Chicagoan in tan trousers and a knit shirt, who made his way to the stage with the help of a cane. Gazing out over a few hundred eager faces, Jim Flint proclaimed himself “very, very lucky.” “Where I come from, with 13 kids in public housing, I never t...