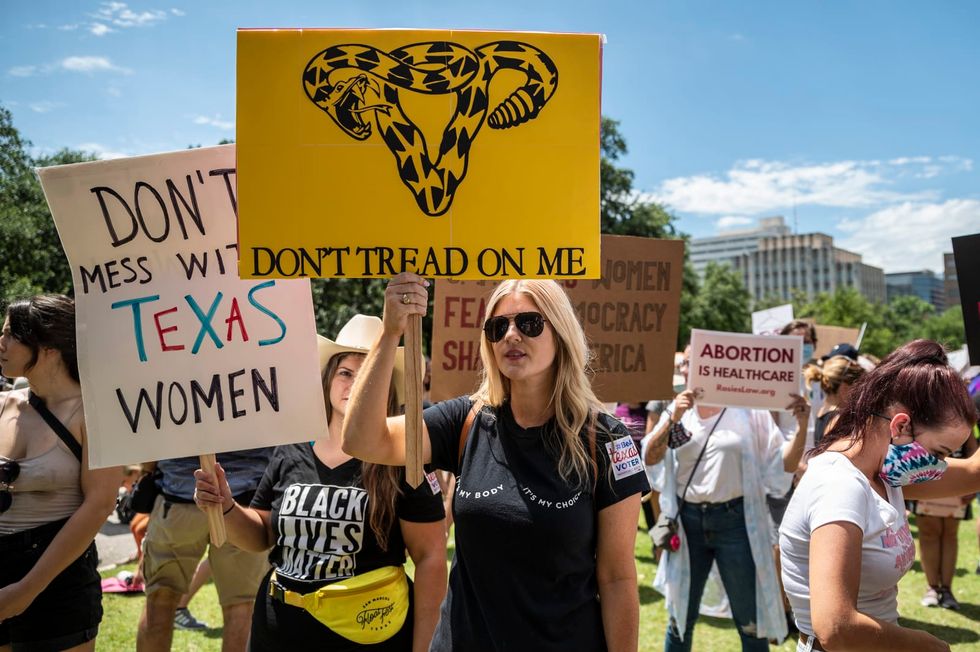 In this photo from May 29, 2021, protesters hold up signs at a demonstration outside the Texas state capitol in Austin, Texas. - Sergio Flores/Getty Images North America/TNS

Not since the Supreme Court legalized abortion nationwide in 1973 has there been a year in which states approved so many abortion restrictions. Since January, there have been a record 97 new laws limiting abortion enacted in 19 states, according to the Guttmacher Institute, a research and policy organization that supports abortion rights. While a handful of states also enacted laws designed to protect and expand access to abortion and other health care for pregnant women, the state restrictions far outnumbered them. As a result, the gap between women’s access to abortion in some states as oppo...