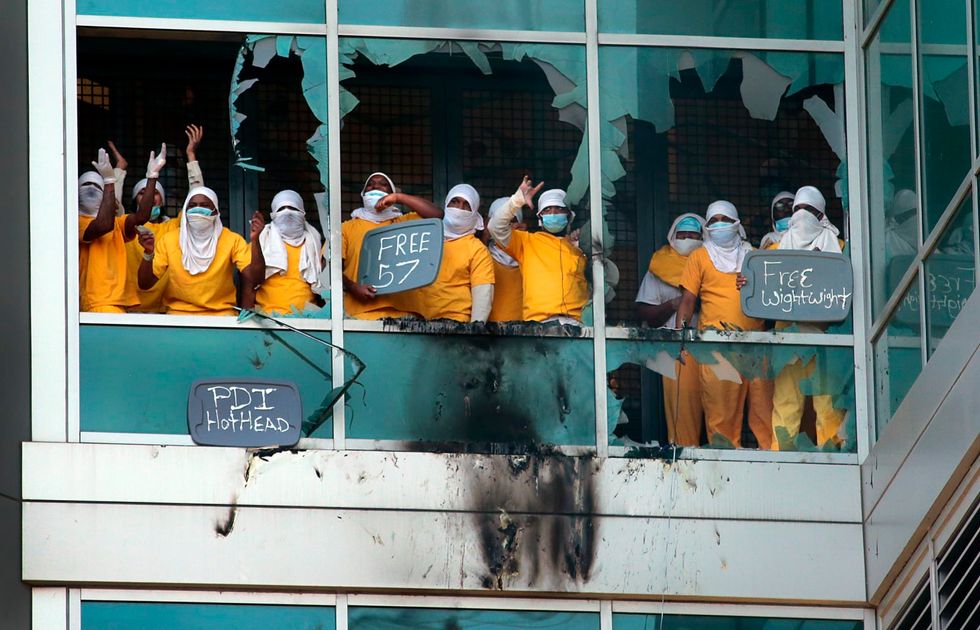 Inmates yell from broken windows at the St. Louis Justice Center, known as the city jail, after fires were set at the facility on Saturday, Feb. 6, 2021. - Robert Cohen/St. Louis Post-Dispatch/TNS

ST. LOUIS — The chaos that boiled over in the City Justice Center on Saturday was an organized protest by detainees over inhumane conditions inside the jail, activists said Sunday. Ex-Incarcerated People Organizing (EXPO) St. Louis held a virtual rally to express its support of the detainees and provide resources to families of those in custody the day after more than 100 in the city jail broke out of their cells, smashed windows and set fires on the fourth floor of the downtown building. A corrections officer was attacked by detainees and had to be hospitalized. He was treated at a hospital a...