After Chicago activist is barred from courthouse during Smollett trial, judge issues statement saying he didn’t intend to ban anyone 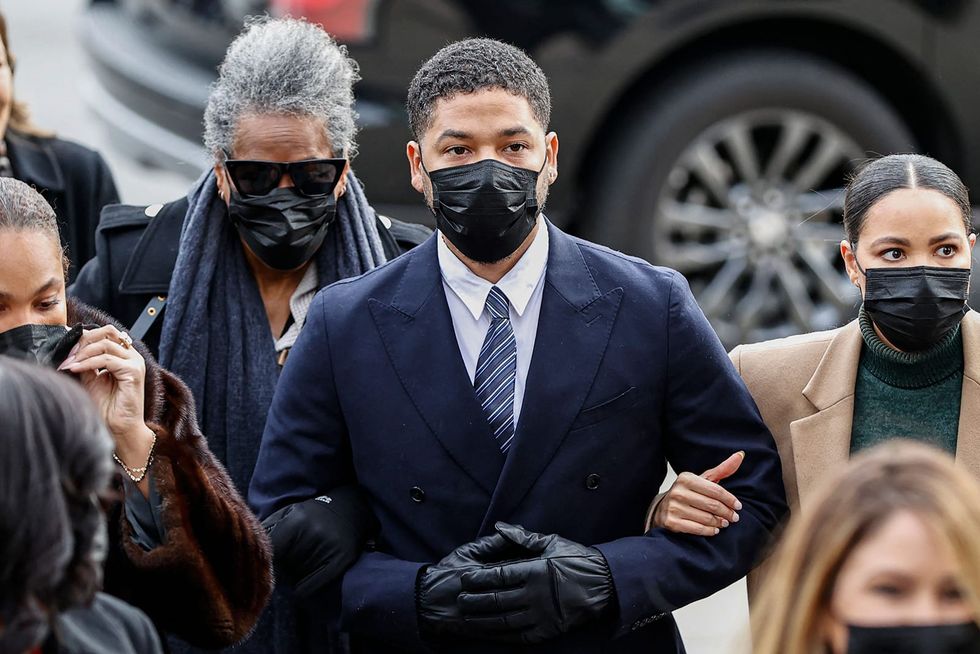 Jussie Smollett arrives at the Leighton Criminal Court Building for the beginning of his trial on new disorderly conduct charges on Nov. 29, 2021, in Chicago. - Kamil Krzaczynski/AFP/Getty Images North America/TNS

A Chicago activist and writer was barred from the George N. Leighton Criminal Courthouse for two days during the Jussie Smollett trial last week. The judge issued a statement late Friday evening within an hour of a Tribune report that activist and rap artist Bella BAHHS (Black Ancestors Here Healing Society) had been told Tuesday she was not allowed inside the courtroom or the courthouse. Cook County Judge James Linn contacted the newspaper through a spokeswoman and clarified his position in an email. “To clarify, the Hon. James Linn did not intend to ban anyone from the courtroom, but asked t...