After hitting her head on a hike, N.J. woman saved by ‘Modern Family’ star 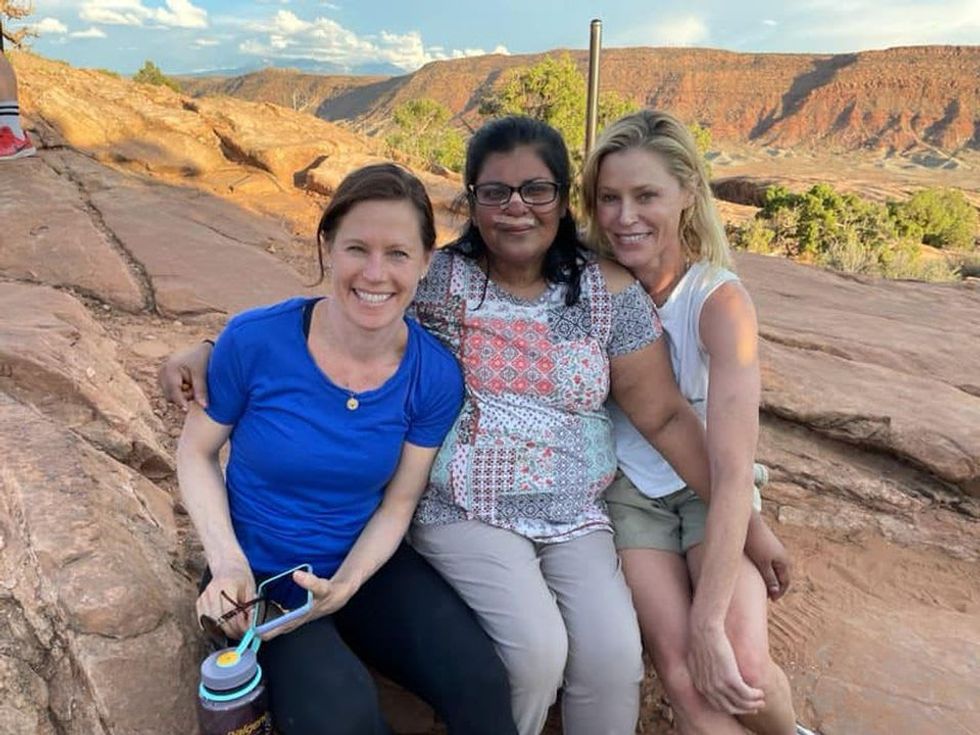 Minnie John, middle, was helped by "Modern Family" star Julie Bowen and her sister Annie Luetkemeyer, a doctor, after John fainted and injured her nose.

After bumping her head and fainting after a hike in Utah on Monday, Minnie John swore she heard a familiar voice consoling her as she came to. She couldn’t quite place it, but John knew she’d heard the voice before. It reminded her of the nights she’d come back home from a long day at work to hear the television set to ABC. As a doctor bandaged her nose, John asked the woman if they had met before. The woman, smiling, took her hair down and shook it out, hoping to give John a hint. “Can you guess?” the woman told John, standing in front of her. The good Samaritan, it turns out, was Julie Bowen...