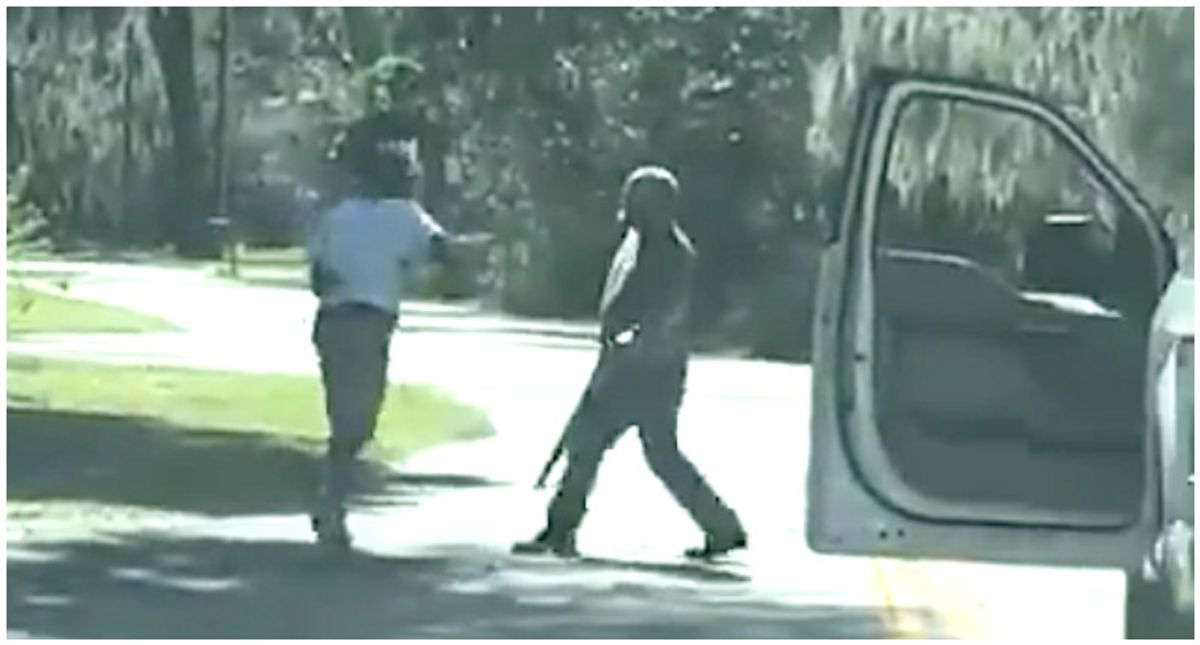 Racial justice advocates welcomed Wednesday's announcement by the U.S. Department of Justice that three men imprisoned in Georgia on murder and other charges in connection with the death of unarmed Black man Ahmaud Arbery last February also have been charged with federal hate crimes and attempted kidnapping.

"Travis and Gregory McMichael were also charged with one count each of using, carrying, and brandishing—and in Travis's case, discharging—a firearm during and in relation to a crime of violence," the statement added.

"It's one step closer to justice," she said. "They did the investigation properly and they came out with those indictments. So, my family and I were pleased."

Arbery, who was 25 years old, was jogging in the Satilla Shores neighborhood of Brunswick, Georgia on February 23, 2020 when he was confronted by Travis and Gregory McMichael, who claimed they believed Arbery may have stolen from a property under construction.

Cellphone video recorded by Bryan from his vehicle and released over two months after the killing shows Arbery jogging down the street as the McMichaels approach and confront him in their pickup truck. Travis was driving, while Gregory is seen riding in the truck bed. A struggle ensues after Travis exits the pickup with a shotgun and confronts Arbery. Three shots are then heard as Travis shoots Arbery. The younger McMichael told investigators he fired in self-defense.

According to a statement by Bryan to Georgia Bureau of Investigation agents, Travis McMichael called Arbery a "fucking nigger" as he stood over the dying man.

In the past week, the DOJ's civil rights division has launched investigations of police departments in Minneapolis and Louisville, respectively where George Floyd and Breonna Taylor—both Black, and both unarmed—were killed by officers last year.