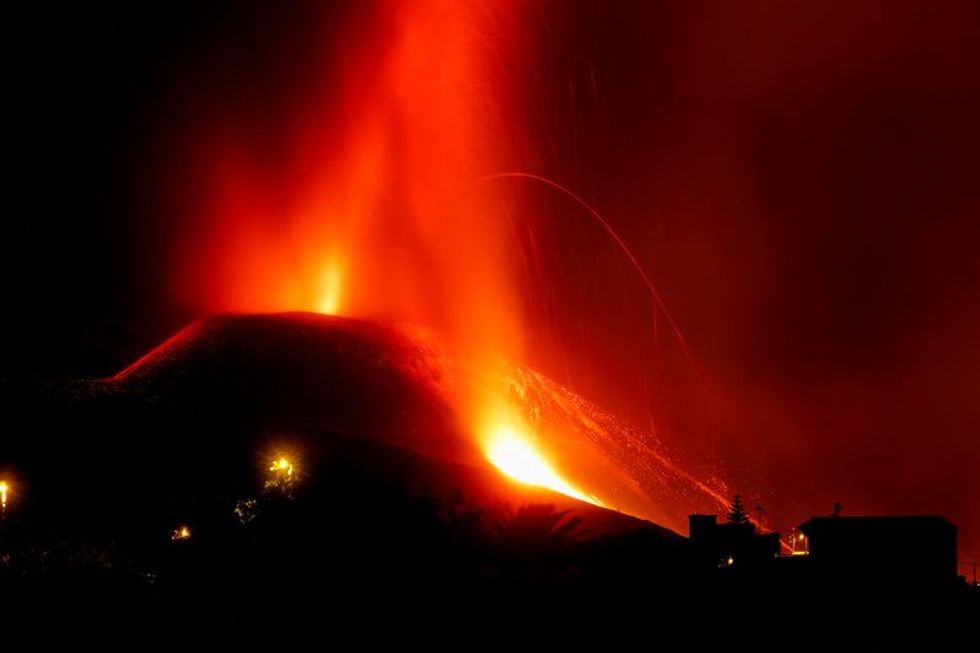 By Guillermo Martinez and Jon Nazca

The Cumbre Vieja https://www.reuters.com/world/europe/iberia-binter-cancel-some-flights-la-palma-due-volcanic-ash-2021-09-24 volcano, which began erupting last Sunday, is entering a new explosive phase. The Canary Islands Volcanology Institute, Involcan, said the new emission vent that had opened was to the west of the principle vent.

Spanish airport operator Aena said the island's airport had been closed because of the volcano, which has spewed out thousands of tons of lava, destroyed hundreds of houses and forced the evacuation of nearly 6,000 people.

"La Palma airport is inoperative due to ash accumulation. Cleaning tasks have started, but the situation may change at any time," it tweeted.

Workers swept volcanic ash off the runway, electronic boards showed cancelled flights and the departures hall was quiet as some people arriving at the airport discovered they would not be able to leave the island in the Atlantic.

"We were due to leave today but the flight has been cancelled. There are no flights to Tenerife tomorrow, the next one is on Monday so we have to stay two more nights," said Laura, 46, from Madrid.

She had been due to fly back to the Spanish capital via Tenerife for work.

People evacuated from three more towns on Friday will not be able to return to their homes to retrieve their belongings because of the "evolution of the volcanic emergency," local authorities said.

"Volcanic surveillance measurements carried out since the beginning of the eruption recorded the highest-energy activity so far during Friday afternoon," emergency services said.

La Palma, with a population of over 83,000, is one of an archipelago making up the Canary Islands.

At the quiet port of Tazacorte, fishermen described the devastating effect the eruption has had on their livelihoods.

"We haven't been out fishing in a week, the area is closed," said Jose Nicolas San Luis Perez, 49, who has lost his house in the eruption.

"About half the people I know have lost their homes," he told Reuters. "I run into friends on the street and we start crying."

On Friday, authorities evacuated the towns of Tajuya, Tacande de Abajo and the part of Tacande de Arriba that had not already been evacuated after a new vent opened up in the flank of the volcano.

Videos shared on social media showed a big shockwave emanating from the eruption site on Friday.

No fatalities or serious injuries have been reported in the volcano's eruption, but about 15% of the island's economically crucial banana crop https://www.reuters.com/world/europe/farmers-despair-volcano-ravages-la-palmas-banana-crop-2021-09-24 could be at risk, jeopardising thousands of jobs.