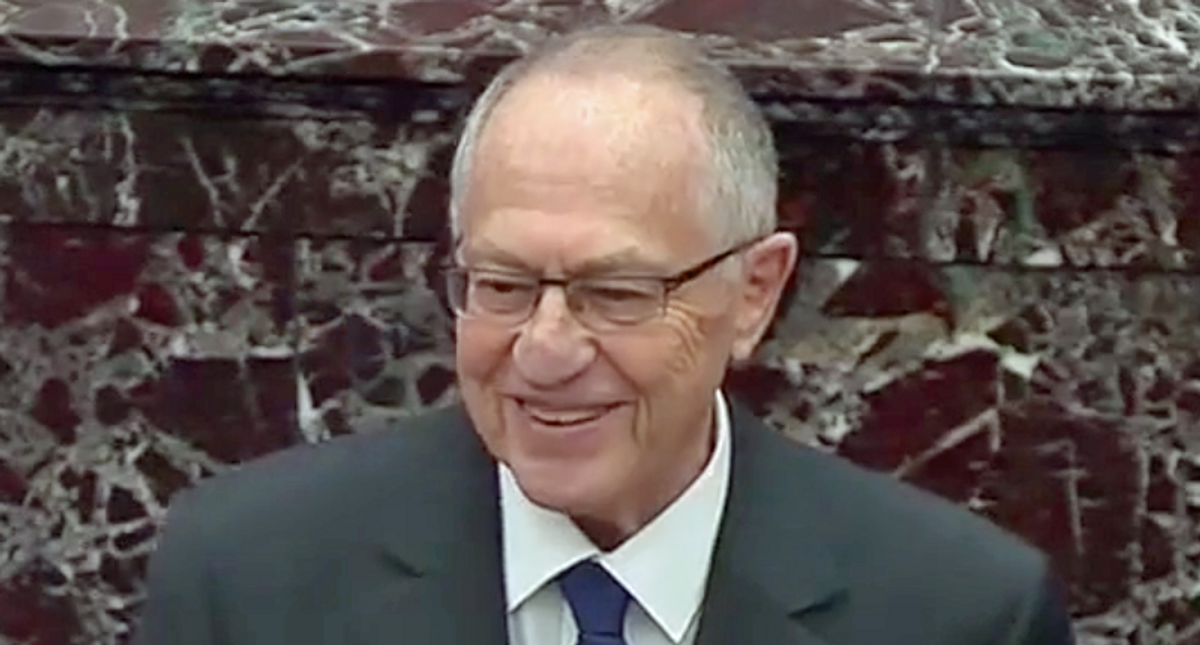 Former impeachment lawyer for President Donald Trump, Alan Dershowitz, was cited as the influencer behind 12 cases of clemency on Trump's final days in office.

The New York Times reported Monday about several people that the Trump ally helped in their attempts to get clemency or pardons before the former president left office. A separate Times report from January revealed that many Trump allies were profiting off of the possibility that they could influence Trump to pardon someone.

In one case, George Nader, who pleaded guilty to child pornography and sex trafficking a minor, was one of those who sought Dershowitz's help.

"Mr. Dershowitz told Mr. Nader's allies that he had reached out to an official in the Trump administration and one in the Israeli government to try to assess whether they would support a plan for Mr. Nader to be freed from United States custody in order to resume a behind-the-scenes role in Middle East peace talks, and whether Mr. Trump might consider commuting his 10-year sentence," the report said.

In his case, it didn't work out, but it did for others. The Times probe found Dershowitz "played a role in at least 12 clemency grants, including two pardons, which wipe out convictions, and 10 commutations, which reduce prison sentences, while also helping to win a temporary reprieve from sanctions for an Israeli mining billionaire."

Those requesting help came from family members of convicts and defense lawyers hoping Dershowitz could help the court case and the clemency efforts. He also has volunteered for an Orthodox Jewish prisoners' group.

However, the Trump ally made it clear it had nothing to do with his connections to Trump that led to so many requests from him.

"The idea that I would ever, ever ingratiate myself to a president in order to be able to advertise myself as a person that could get commutations is just totally false and defamatory," he told the Times.

The Times made it clear that it's "difficult to determine" how much money Dershowitz made off of his efforts.

See the list of people Dershowitz was able to get results for in the Times report.