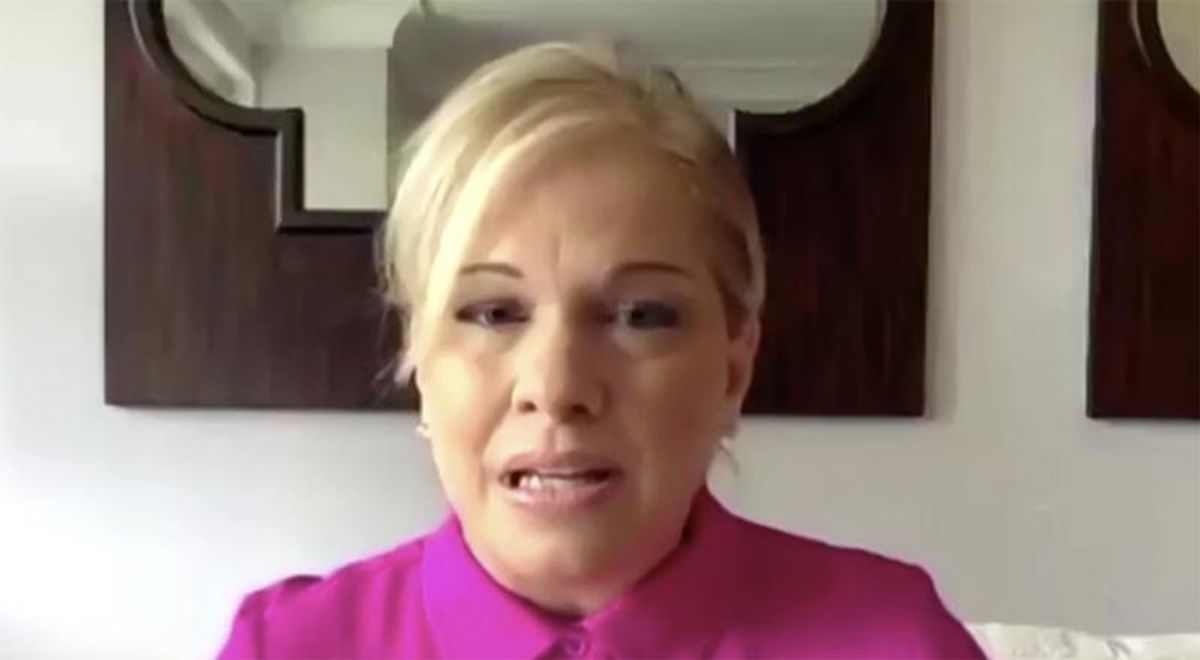 Stating her former father-in-law has "... always been blindly loyal to Donald," she added, "I also think it's about control. Allen is a control freak. I think once things start to get messy, and people are flipping or flopping, that scares him. So he's just going to stay due diligent and stay the course and keep going to work and hold out."

"You have to sort of try to wonder, be it that description you have given of him, but might he be trying to drag out this process?" host Witt asked. "Maybe with some sort of a hope for a change in political winds, hoping that this would blow over, or at least until [Manhattan DA] Cy Vance leaves office in December. The indication is Cy Vance presumably would file charges before he leaves office -- so you think he's trying to run out the clock?"

"Absolutely, good point, Alex," the MSNBC guest replied. "Absolutely. The same thing he's doing in my [civil] case. It's one of their litigation tactics. They talk about it endlessly in books, and he was given that advice; just wait for -- to outlitigate someone. To run the clock out, to find that new angle. Absolutely."