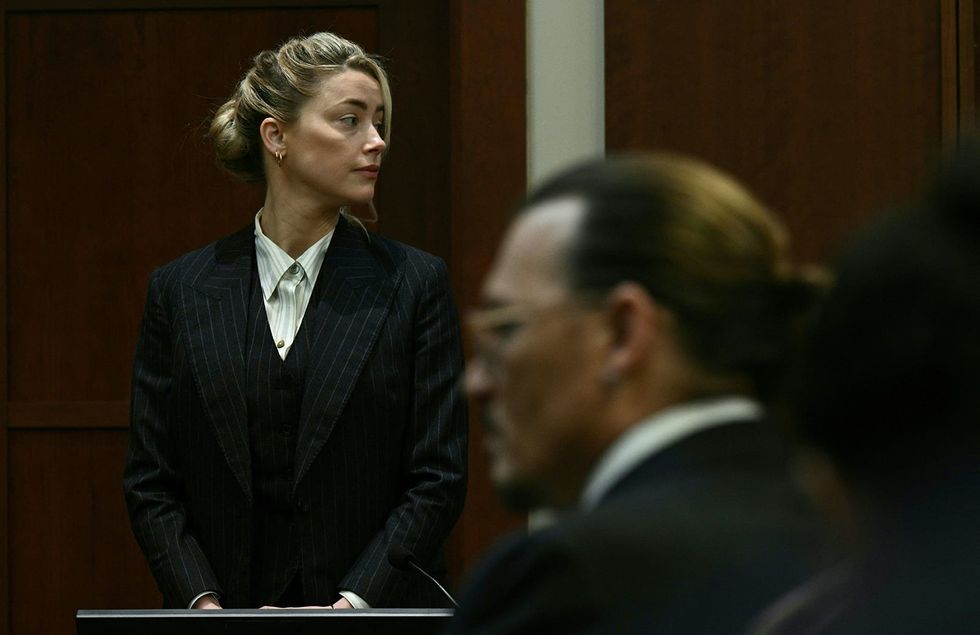 Actors Amber Heard, left, and Johnny Depp watch as the jury comes into the courtroom after a lunch break at the Fairfax County Circuit Courthouse in Fairfax, Virginia, on May 17, 2022. - Brendan Smialowski/Pool/AFP/Getty Images North America/TNS

Amber Heard’s four-day testimony came to an end Tuesday with the actress proclaiming ex-husband Johnny Depp is “lying” in his $50 million defamation trial against her. The comment followed a contentious cross-examination at the Fairfax County Circuit Courthouse in Virginia, during which Depp’s lawyer, Camille Vasquez, grilled Heard about her sexual assault accusation against Depp, and about the severed fingertip he suffered in 2015. Heard claims Depp injured his right middle finger when he smashed a telephone in Australia, while Depp claims his fingertip was severed when the actress hurled a b...