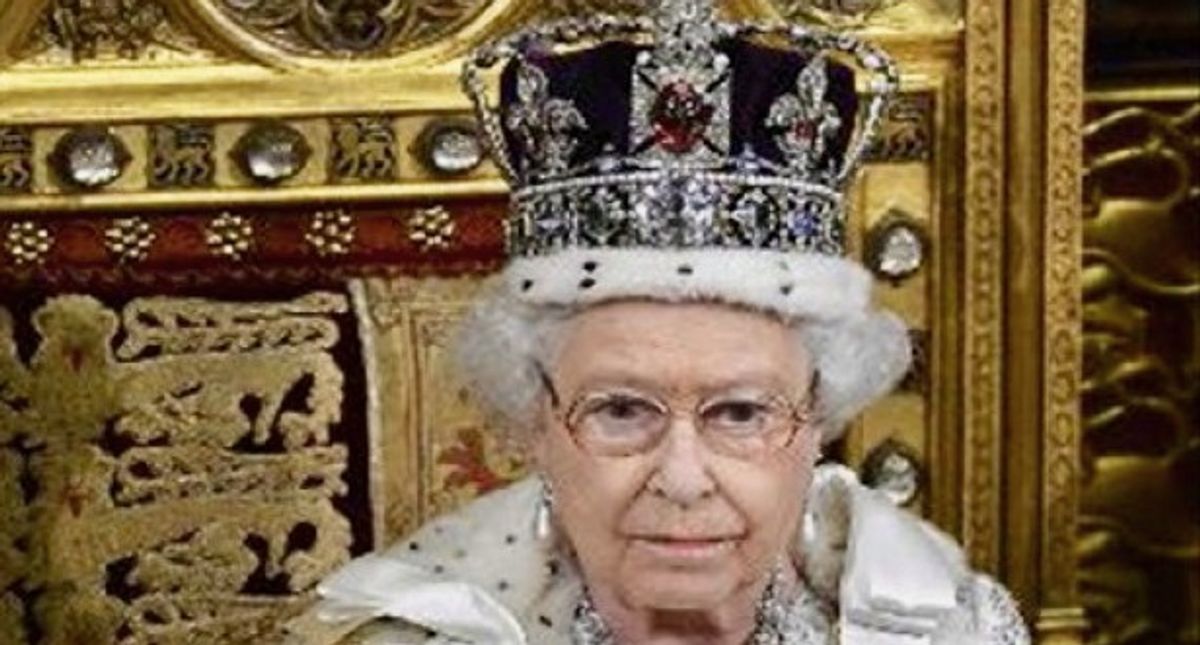 Over and over the couple said that they did everything that they could to hide from the press, at one point Meghan said she didn't leave the grounds but twice in four months. Still, the tabloids had decided that Meghan was the enemy and the palace refused to do anything to fight back.

They decided that they had no other option but to leave the UK and set out on their own. Given the British press is still fanning the racism and hate against Meghan, the couple spoke out in an hours-long interview with Oprah Winfrey that will continue Monday morning on CBS.

For now, some Brits who are still awake are raging, but the Americans are celebrating it as another win against the once-foreign overlord of the colonies. Others are learning for the first time that the British are just as racist as the U.S.

@ecjadoff i take no pleasure in saying it but america must be ready to drop bombs on the UK to defend meghan’s honor
— treebird (@treebird) 1615175411.0

Why tf are trump supporters defending the royal family? It’s the consistently being on the wrong side of history fo… https://t.co/ABfru0jK9F
— TATIANNA (@TATIANNA) 1615190100.0

A descendant of an enslaved African provided food, shelter & security for a disposed grandson of the Queen of Engla… https://t.co/GagR2XBm2x
— Diana Eromosele (@Diana Eromosele) 1615177358.0

Me on my way to British Twitter to destroy the British media and defend Meghan Markle #HarryandMeghanonOprah https://t.co/qyTH00pvOI
— Devin Bonner (@Devin Bonner) 1615176375.0

Prince Charles set Camilla’s children up with trust funds when he married the home wrecker, but stripped HIS son an… https://t.co/lxdM1pgqYF
— Ru Lou (@Ru Lou) 1615177279.0

It’s almost worse for the royal family that they didn’t confirm who made the comment about Archie’s skin colour bec… https://t.co/xIqV43MXx0
— Jason Okundaye (@Jason Okundaye) 1615196892.0

For anyone who dares to say the royal family isn't racist, Princess Michael of Kent showed up to a dinner where she… https://t.co/fCSVJgraXO
— Julieth🌻 (@Julieth🌻) 1615184965.0